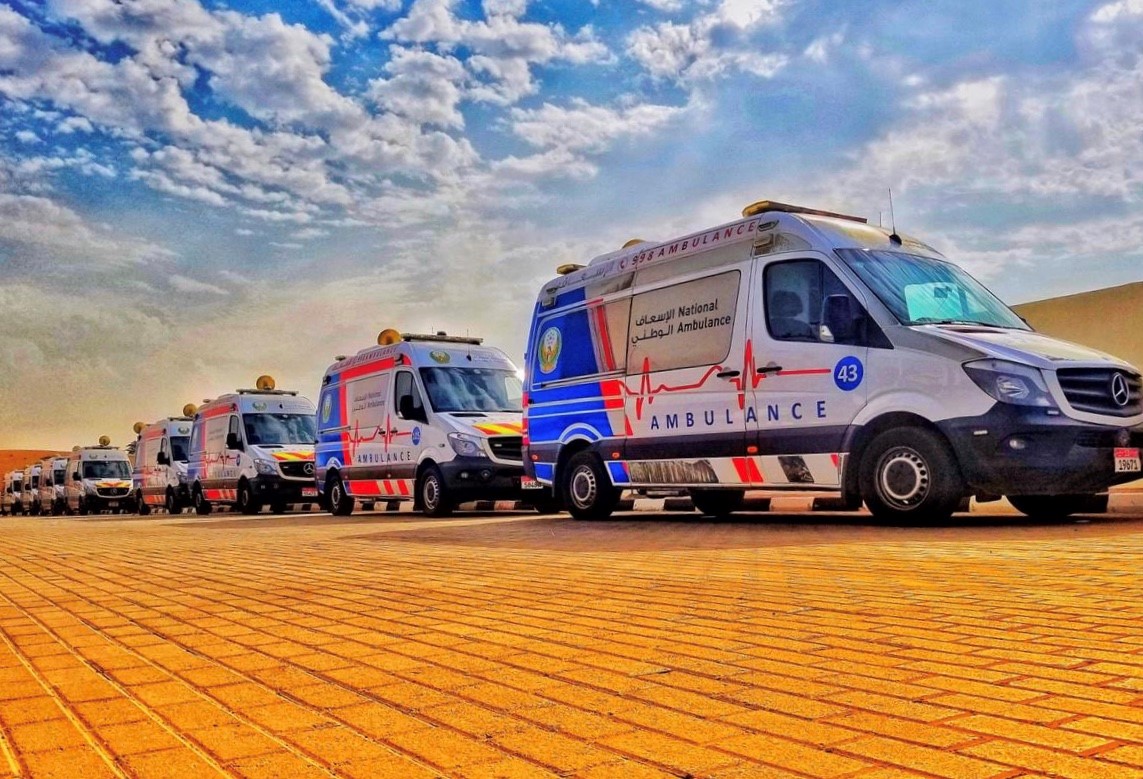 Abu Dhabi, 01 June 2019: National Ambulance confirmed that it has raised its emergency preparedness and taken all response measures for Eid Al Fitr holiday. This comes as part of an integrated pre-emergency plan to increase emergency resources by 25% leading to 125% readiness to ensure public safety and preparedness to deal with potential emergency incidents and road traffic accidents across the Northern Emirates during the public holiday, which statistics show increase over this period.

The emergency plan preparations include an increase of 25% in both frontline medical emergency crews and the teams working at the Ambulance Communication Centre, to ensure efficient response in dealing with the expected increase in calls and potential incidents. Last year’s statistics indicate that the number of calls received during the Eid holiday was twice as high as normal days. The emergency crews will also be supported by field supervision from Medical Operations Managers and senior management officials. Preparations will also involve the strategic and dynamic distribution of ambulance crews with additional ambulances deployed on vital roads that experience high traffic accidents, tourist areas and frequent gatherings. National Ambulance will coordinate closely with strategic partners across the emergency sector, including the Ministry of Interior (mainly Police and Civil Defense) and the Ministry of Health and Prevention and its hospitals, to ensure public safety and efficient preparedness to respond to potential emergencies that may occur during the Eid period.

Ahmed Saleh Al Hajeri, CEO of National Ambulance confirmed that National Ambulance crews are fully ready and prepared to deal with emergency situations that may arise and look after the public’s safety, as well as closely coordinating with all concerned partners to ensure an effective response and minimise human and material losses. “At times such as this the number of calls we receive increases greatly, so we are prepared to respond to the public’s needs.” He said. Al Hajeri also urged the public to call National Ambulance on 998 or use the NA998 App in case they need an emergency ambulance.

Al Hajeri, urged the public to drive safely and be more careful on the roads and abide by the general safety guidelines in mosques, shopping malls, beaches, parks, mountains and other public places. He also stressed the importance of adult supervision and warned parents of the potential dangers that children may face during Eid celebrations, such as drowning, burns from playing with firecrackers, falls and run-over accidents.