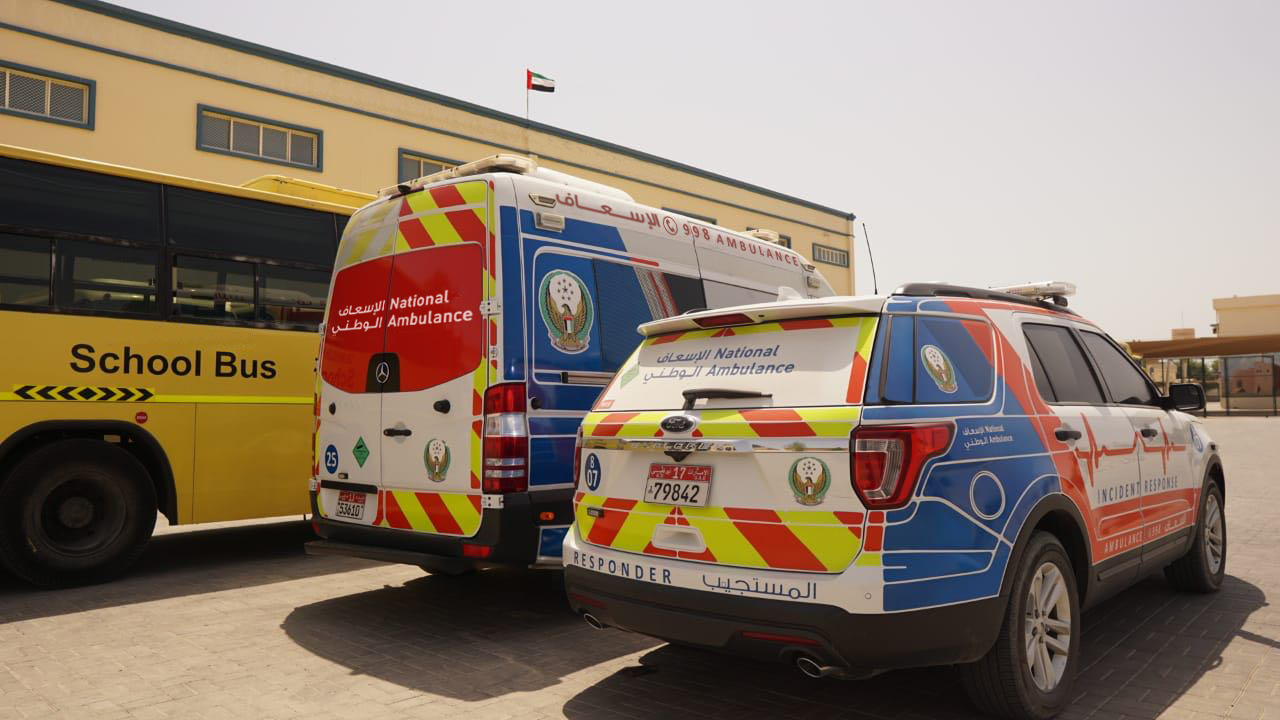 Abu Dhabi, 2 September 2018: As students return to school this week, National Ambulance is supporting the Ministry of Interior’s (MOI) fourth traffic awareness campaign titled ‘Return to School’, recently launched to ensure students’ safety and adherence to traffic rules. National Ambulance’s contribution involves raising levels of preparedness and redistribution of ambulance resources around hot spot areas near school zones and dynamic standbys during peak hours across the Northern Emirates. This support will also include launching a series of awareness activities over the next three months to enhance school zone safety.

The awareness activities will include; call to action safety messages and safe driving tips for parents and road users on social media platforms and articles in the press and other media, as well as coordinating with the Ministry of Education on a number of school visits in the Northern Emirates to educate students about preventive methods that enhance their safety around school zones.

Ahmed Saleh Al-Hajeri, Acting CEO of National Ambulance highlighted the importance of collaborative joint efforts between all the concerned parties to ensure students’ safety during the new academic season. “Supporting the community is our priority and working with our partners in the emergency services ensures the greatest protection for the public. National Ambulance is committed to supporting the MOI’s ‘Return to School’ campaign; as together we can make a difference to the lives of everyone in the Northern Emirates.”

Al Hajeri added: “Our dedicated team of ambulance crews and Ambulance Communications Centre during the first few weeks of school will be on full alert during peak hours, and efficiently coordinating with our strategic partners, including the Traffic and Patrol Departments, to ensure the highest levels of safety at this time.”

He also urged motorists to always abide by the standards of safe driving and traffic laws, but to be more patient and pay extra attention to children around schools or buses and obey school zone speed limits.

Among the most prominent tips and guidelines launched by National Ambulance to enhance students’ safety during the back to school season are: increasing the awareness of parents and motorists on the importance of complying with safety guidelines and safe driving; the need for advance planning and leaving home with plenty of time to avoid expected traffic delays; keeping a safe distance behind the vehicles in front to avoid traffic accidents; taking extra care when parking on school ground or streets around it and following the signed parking rules at all times; adhering to the speed limit when passing schools; taking extra care when dropping off children and not allowing them to walk between cars outside school areas; always giving children the right-of-way; slowing down and taking caution of children and school buses, particularly in and around school zones going in and out of cars or buses loading and unloading children.