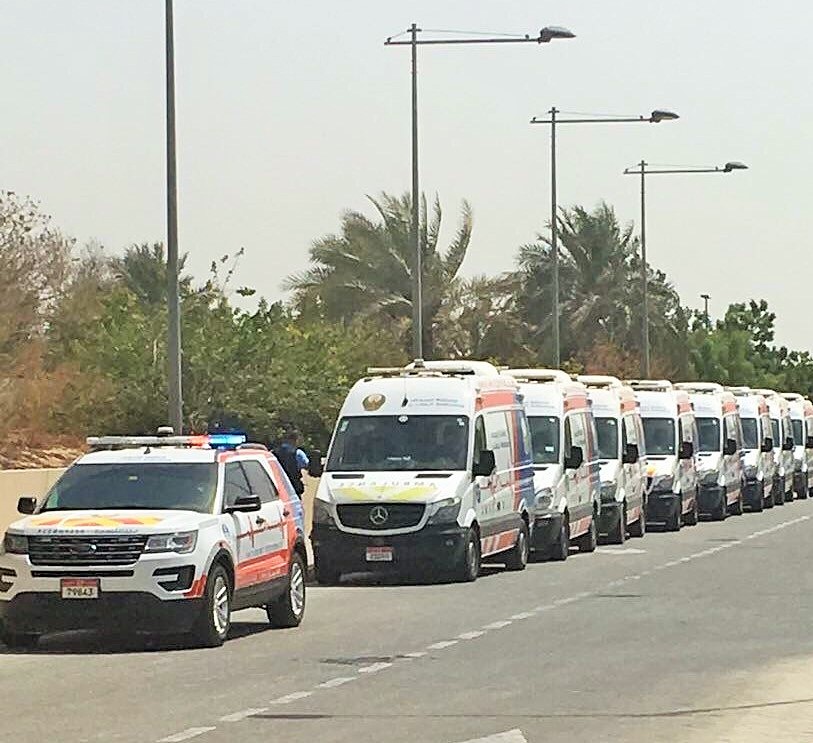 Abu Dhabi, 30 August 2017: National Ambulance is in complete emergency preparedness for the upcoming Eid Al Adha period. This includes activating a pre-emergency comprehensive plan to increase emergency resources by 15% in readiness to ensure public safety across the Northern Emirates during the public holiday.

Figures collected by National Ambulance during Eid Al Adha last year revealed an increase in the pressure on emergency services during holiday times. Ahmed Saleh Al Hajeri, Deputy CEO, National Ambulance said, “From the data we have collected and analysed we know that holiday periods, such as Eid Al Adha, increase the demand on our services. As a result, National Ambulance, along with our partners in the Police and Civil Defense, is able to efficiently manage our resources to ensure the public receives the most effective assistance possible. Our dedicated team of ambulance crews and call centre operators will be on stand-by to help whenever and wherever we are needed. So, while we hope that everyone enjoys Eid, please be assured that National Ambulance is ready to assist the community at this important time.”

As part of the pre-emptive preparations, National Ambulance will be coordinating its efforts with its strategic partners, such as Police, Civil Defense and the Ministry of Health. In addition, National Ambulance has instigated a special emergency plan dedicated for public holidays. This will be activated during Eid, and will raise levels of readiness and alertness through the re-distribution of medical emergency crews and putting extra ambulances on the road. These additional resources will be deployed around hot spots and vital roads according to data collected by National Ambulance and shared by strategic partners in readiness to ensure public safety across the Northern Emirates.

Al Hajeri, also cautioned the public and urged them to be more careful on the roads, abide by the general safety instructions for driving and safety procedures in shopping malls, beaches, parks and other public places. He also stressed the need for parents to watch over their children during Eid celebrations warning them of the dangers of drowning, run-over accidents and of children playing with fireworks and firecrackers which often result in injuries.

As well as using the 998 emergency ambulance call number, people in the Northern Emirates can directly contact its Ambulance Communications Centre through the National Ambulance 998 App. At the touch of a button, people can request an emergency ambulance. The request goes immediately to National Ambulance’s Communications Centre, where trained staff are able to respond and dispatch an ambulance directly to the scene through GPS tracking.  The App is available for IOS, Android, Windows and Blackberry and can be downloaded via Apple App Store, Google Play, BlackBerry World and Windows stores.