The organisation will this year be fielding 70 staff on site and behind the scenes at the Abu Dhabi Grand Prix, with the highest number of Emirati Emergency Medical Technicians involved than ever before 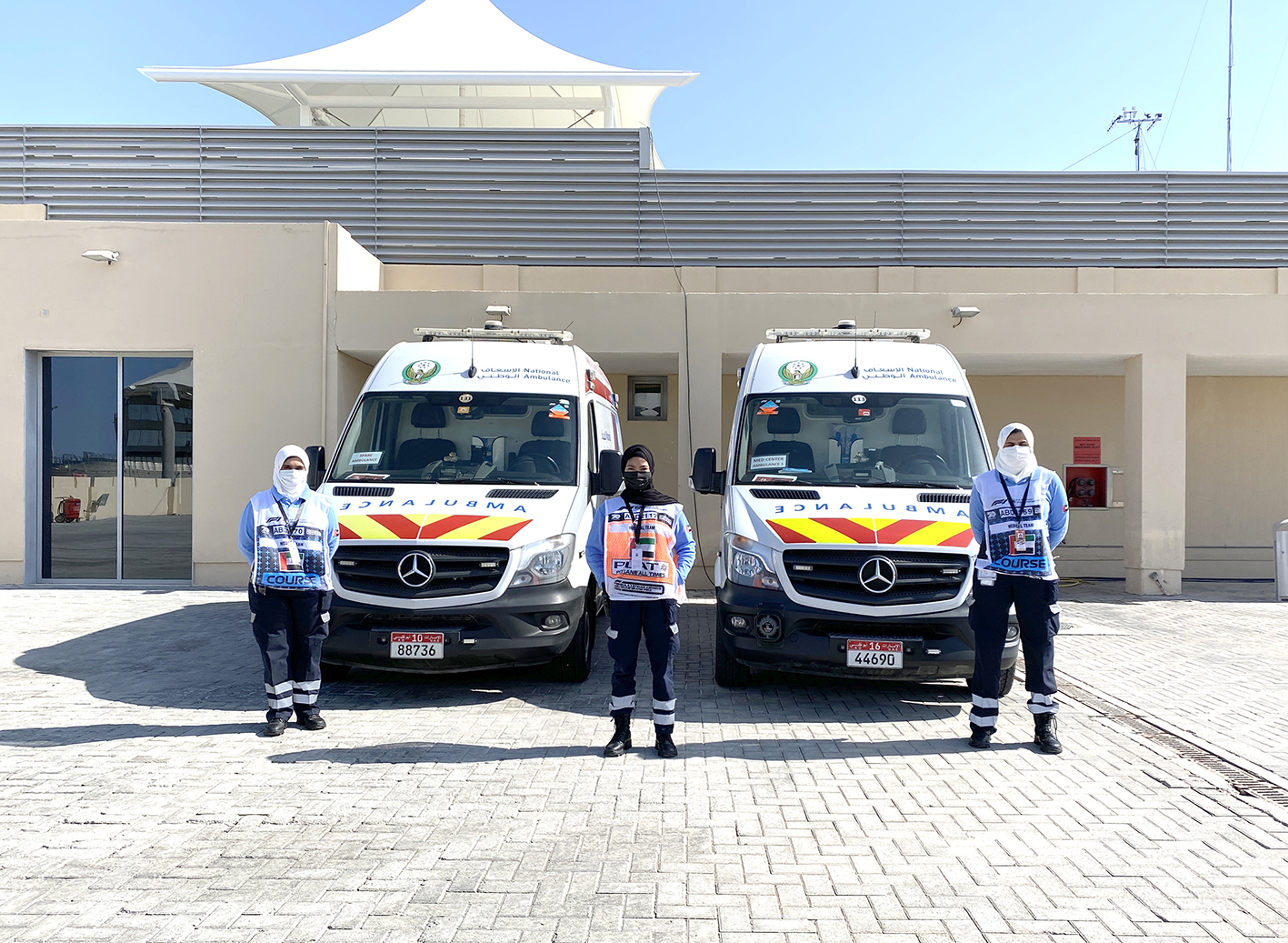 Yas Marina Circuit, Abu Dhabi, UAE 11 December, 2020: As race day approaches, the 70 staff from National Ambulance will be as vigilant as ever over what promises to be another exciting Abu Dhabi Grand Prix weekend.

And this year, teams on the ground will feature the largest percentage of Emirati Emergency Medical Technicians compared to previous years. These specialist emergency care teams will be helping to keep the 3,000 staff on site at Yas Marina Circuit safe. As well as supporting on a number of high-profile events such as the Abu Dhabi Triathlon and the RAK Half Marathon throughout the year, the organisation will be back for its seventh consecutive Abu Dhabi Grand Prix.
Ahmed Al Hajeri Chief Executive Officer of National Ambulance described its partnership with Abu Dhabi Motorsport Management (ADMM) as a very successful and long-standing partnership and one of which National Ambulance is proud to be part of.

As the Abu Dhabi Grand Prix is a significant event to organise and deliver, planning for the 2020 race weekend began back in May, reveals Al Hajeri. “There are numerous levels and layers which have to be organized and planned for a successful event and successful medical coverage to be delivered by National Ambulance.

“We usually start planning and developing those many layers and levels approximately six months ahead of the actual event itself. Despite the fact we have a detailed project to follow and a time line to work against, it is still a significant piece of work which we are proud of our end results year on year.”

When it comes to selecting crews, National Ambulance ensures that all its staff have a high level of experience, and thanks to its year-round provision of high quality pre-hospital care to the public across the five Northern Emirates of the UAE, there are many high calibre personnel available for selection.

Al Hajeri added: “Once the teams are selected, numerous days of training for the various elements of our emergency response are conducted, such as track familiarisation days and extrication training in order to remove any drivers efficiently and safely from any damaged cars.

“We also select an experienced leadership team which are very familiar with the type of event and that is the same of the staff members that will take part. A combination of the emergency pre-hospital exposure combined with the high level of clinical performance and the experienced leadership team allow us to build step by step during our preparation plan to have an international standard medical response team ready in case anybody should require those services.”

Recent events have underscored the need for highly qualified emergency support staff on site during grand prix races. “The track at Abu Dhabi remains one of the safest on the circuit. Nevertheless, a global event of this level that enjoys a wide audience requires great efforts and the highest degrees of readiness and alertness to ensure an efficient provision of the highest level of emergency pre-hospital care to anyone involved in an incident. Our staff are very excited to be part of such event and ready to support if needed. As the saying goes: a quiet day for us is a good day for everyone else.”

Besides providing emergency medical cover for the 2020 Formula Abu Dhabi Grand Prix this weekend, National Ambulance operates an all-year-round emergency medical services at the Yas Marina Circuit site. The service supports the variety of activities that take place at the circuit including entertainment, motorsport and regular community health and fitness initiatives.