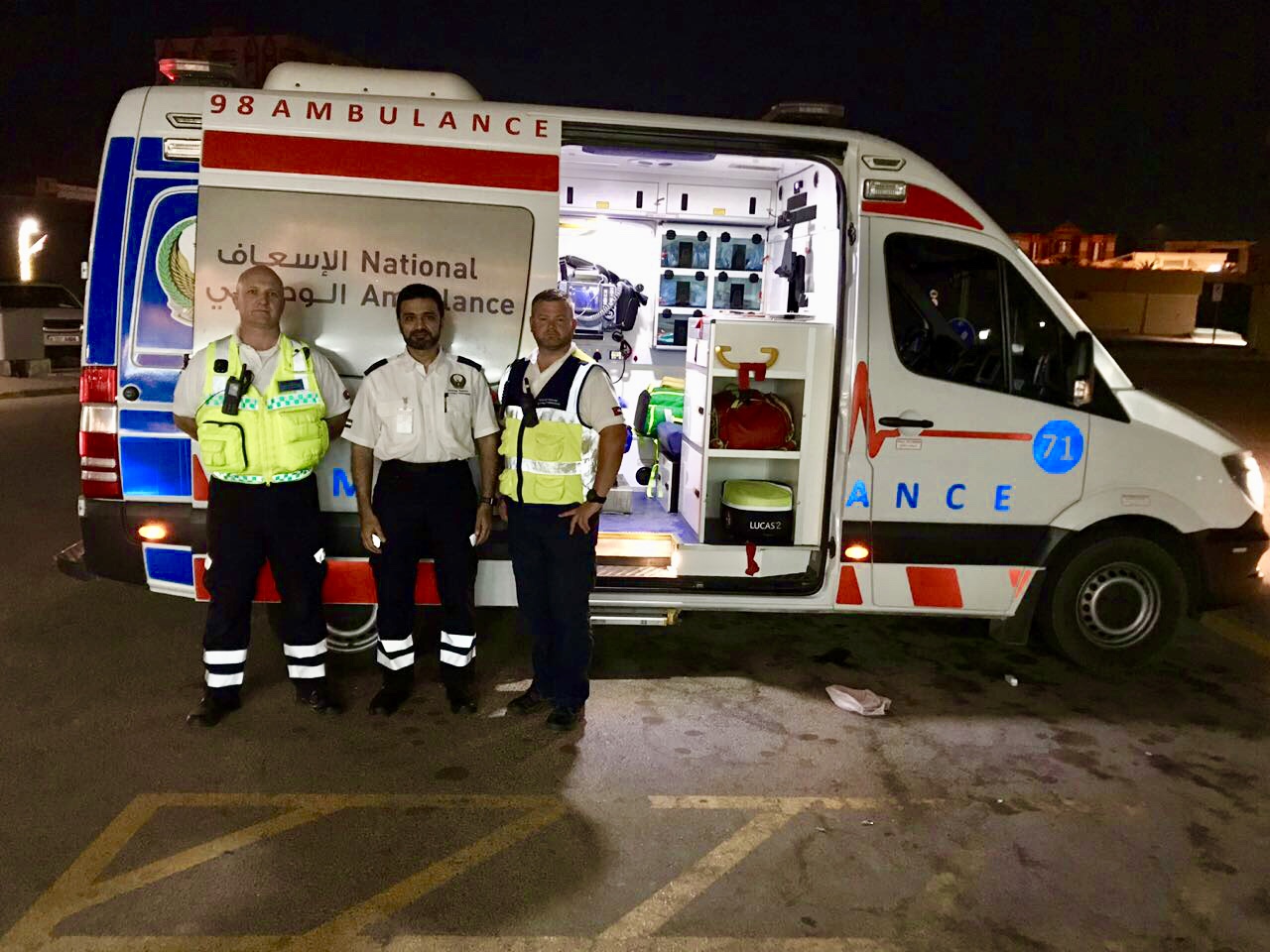 Abu Dhabi, 9 December 2017: Figures released by National Ambulance showed a rise in demand for its services during National Day holiday. The emergency care provider received more than 1000 calls over the four-day public holiday, of which 763 required an activation of emergency resources. On National Day itself (December 2nd), 271 calls were made to National Ambulance Communications Centre, of which 200 were responded to. The volume of calls was 46% higher than an average typical day and 27% higher than last year’s National Day.

The major factor in the number of incidents requiring an emergency ambulance during the public holiday was for motor vehicle accidents (MVAs). In total, National Ambulance responded to 203 MVAs, 52 of which were on National Day itself, which is a 73% increase on an average day. The other main reasons for responding included; people feeling unwell and from falls

National Ambulance was prepared for the increase in demand by implementing a comprehensive plan increasing alertness, readiness and resources, as well as strategically placing them in hot spots and busy areas.

Ahmed Saleh Al Hajeri Deputy CEO, National Ambulance said, “National Day is a very important occasion that we all celebrate and thank the nation for all that it gives to us. While the country was celebrating, National Ambulance was proud to support the community in ensuring that everyone could enjoy and participate in many events across the Northern Emirates. We share the pride of the UAE and always work to serve its people.”

Al Hajeri added: “The increased popularity of National Day is reflected in the rise in the number of calls we received showing a 73% increase on our normal daily activity. The community can be assured that we were well-prepared for this extra demand and our team responded to every incident in the highly professional and efficient manner that National Ambulance is renowned for.”

He also highlighted the importance of celebrating this occasion safely by reiterating official guidance which states that people should not stick their heads or bodies out of the windows or sunroof or spray paint on other drivers, which put theirs and other road users' safety in so much danger. He also reminded all motorists that abiding by the traffic rules including speed limits and not causing obstruction to traffic was important all year round, and not just during busy holiday periods.

National Ambulance commenced operations in the Northern Emirates in 2014 to provide a dedicated emergency care to patients across the Northern Emirates. Its primary task is to handle public medical emergency response and provide high levels of pre-hospital care to citizens and residents across the Emirates of Sharjah, Ajman, Umm Al Quwain, Ras Al-Khaimah and Fujairah.