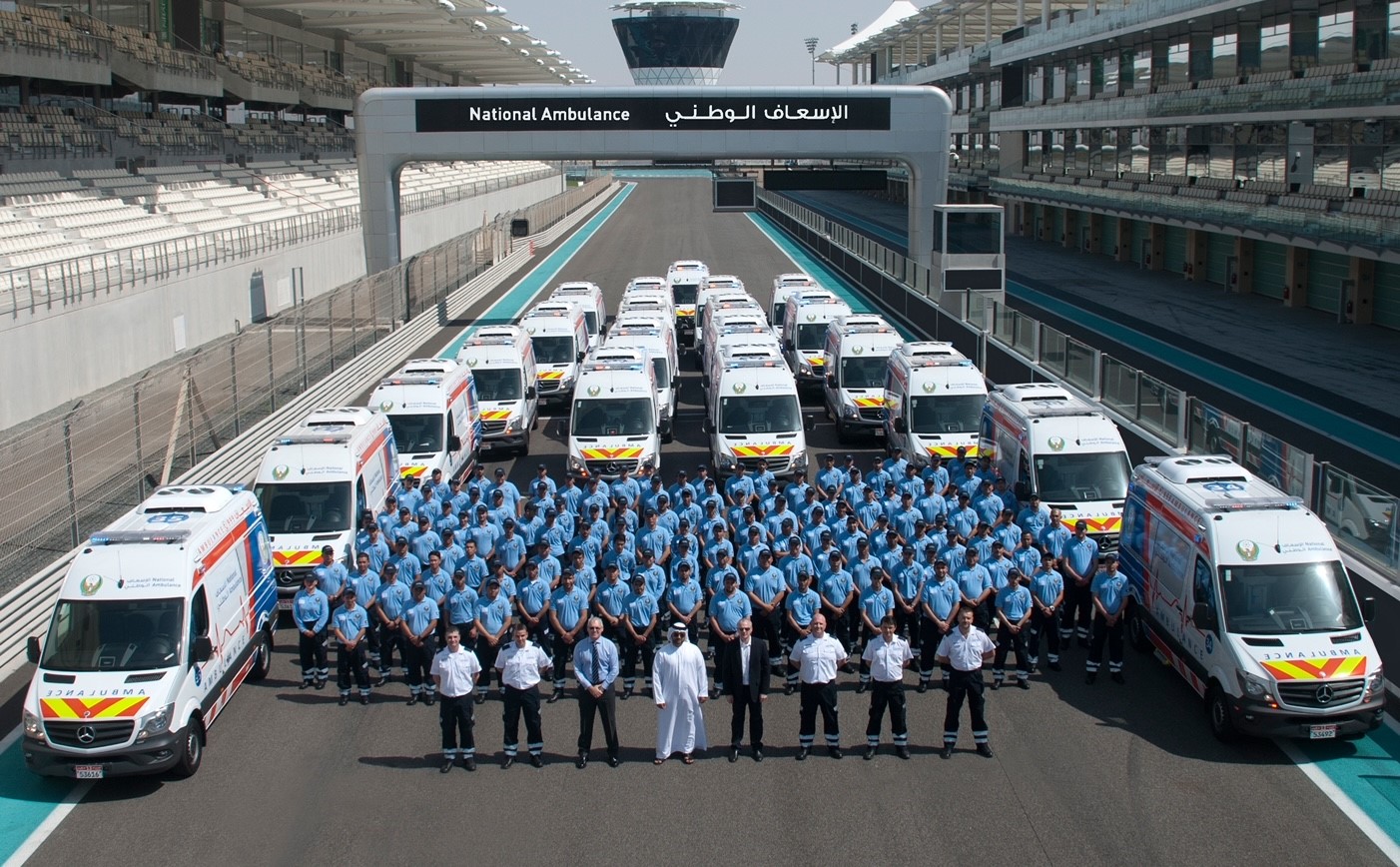 UAE, 23 February 2014: Lieutenant General His Highness Sheikh Saif bin Zayed Al Nahyan, Deputy Prime Minister and Minister of Interior today approved the commencement of a pre-hospital emergency care service for the Northern Emirates of the UAE. The service is to be provided by National Ambulance and will operate in the emirates of Fujairah, Ras Al Khaimah, Umm Al Quwain, Ajman and Sharjah.

Twenty new Mercedes Benz Sprinter vehicles have been purchased and equipped with the latest in vehicle and medical technology including; defibrillators capable of delivering precise electric shock to the heart and chest compression device capable of providing continuous accurate cardiac massage during transportation.

Front line service will be provided by 169 clinical professionals (EMTs) who have been given additional training in Basic Paramedic Course developed by National Ambulance and Charles Sturt University. The service will draw its clinical practice guidelines from the Irish Pre Hospital Emergency Care Council which is recognised as one of the world’s leading standards. Supporting the front line team are 25 bi-lingual dispatchers supervised by a Paramedic with Medical Physician oversight.

“Saving souls is a sacred duty, one that must not be lightly considered,” Sheikh Saif bin Zayed, Deputy Prime Minister and Minister of Interior, said as he announced the National Ambulance Project.

Commenting on the launch of this new service Robert Ball the Chief Executive Officer said: “National Ambulance is very proud to be providing this vital service to the citizens and residents of the Northern Emirates. Our staff are committed to providing a world class service supported by international best practice standards.”

“There has been tremendous support from all government departments and agencies specifically the Ministry of Health who have embraced the vision of His Highness and supported the process through every step,” said Mr Ball.

The service commenced operations at 2:00 pm after a brief presentation to His Highness by the management of National Ambulance.