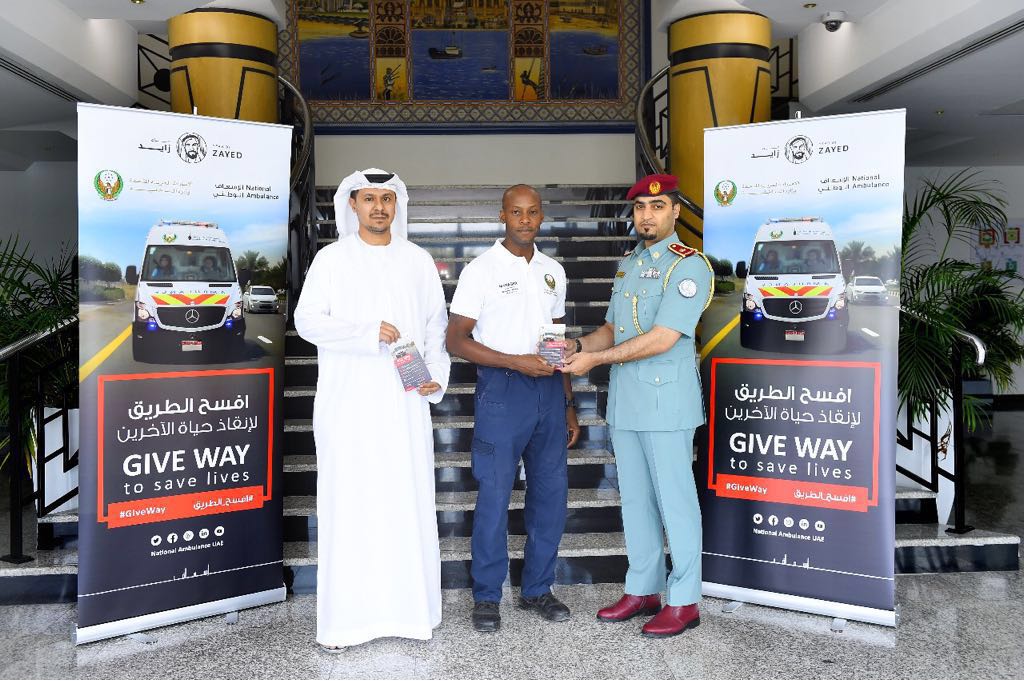 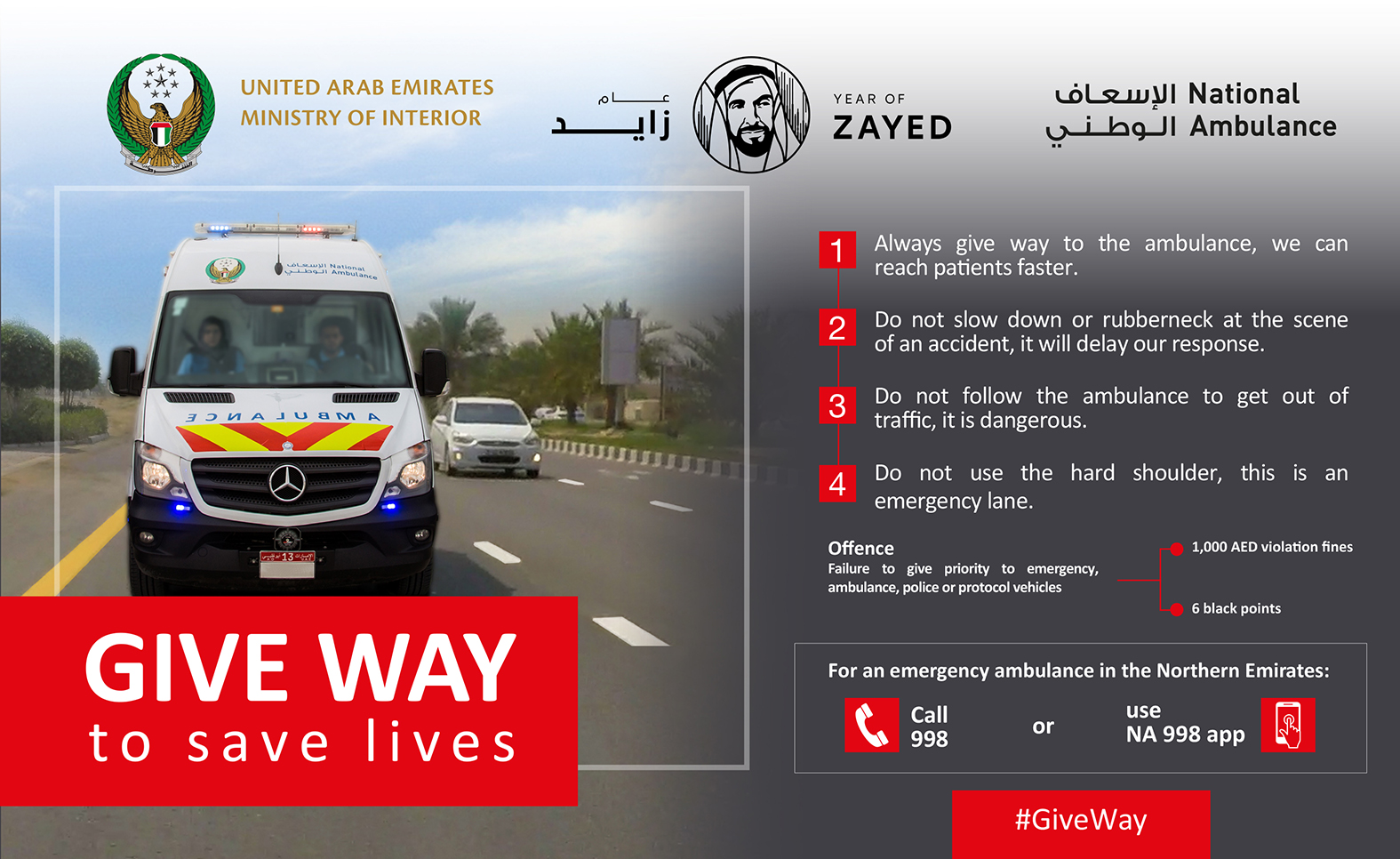 Abu Dhabi, 13 May 2018: As part of a coordinated initiative by all emergency services in the Northern Emirates, National Ambulance continues to raise public awareness amongst road-users about the importance of keeping the road clear for emergency vehicles and the steps motorists can take to help them respond efficiently to critical situations. National Ambulance’s  ‘Give Way to Save Lives’ campaign is in conjunction with Northern Emirates Police Traffic and Patrol Departments and the General Directorate of Civil Defence and comes under the umbrella of the Ministry of Interior’s (MOI) long-term initiative launched last November to raise awareness amongst the public on how best to act on the road when emergency vehicles are responding to critical situations.

The National Ambulance campaign involves a series of awareness activities including; an advertising campaign on the exterior of ambulances, videos and call to action messages on social media, articles in the press and other media, which are available to the public in customer happiness centres at traffic departments, petrol stations and other places in the Northern Emirates.

National Ambulance Deputy CEO, Ahmed Saleh Al Hajeri Deputy CEO, said: "The campaign is a coordinated initiative by all emergency services in the Northern Emirates. Working together, we provide a critical service to the public and supporting the community is our priority. As HH Sheikh Mohammed Bin Rashid, the Vice President and Prime Minister of the United Arab Emirates, and Ruler of the Emirate of Dubai, recently said: “we need to work together as a team, each taking part in making the UAE the best country in the world.” When motorists follow the advice we are giving, all of us can respond and deal with emergency situations more efficiently and effectively, which serves the best interest of the nation.”

National Ambulance urges road users to take simple steps to ensure their behaviour does not hinder an ambulance from reaching its destination. These include: getting out of the way of an ambulance when the sirens are on or the lights are flashing, not rubbernecking or slowing down to take photos when passing an accident scene, not following an ambulance to get out of traffic and not using the hard shoulder which is an emergency lane that should always be clear for emergency vehicles.

Al Hajeri added: “On a daily basis our ambulances are committed to reaching patients at their home or on the road. Every second counts in situations like this, road users should be our partners in saving lives and ensuring the best possible outcomes by always being ready and responsible to give us the right of way and allow us to pass.”