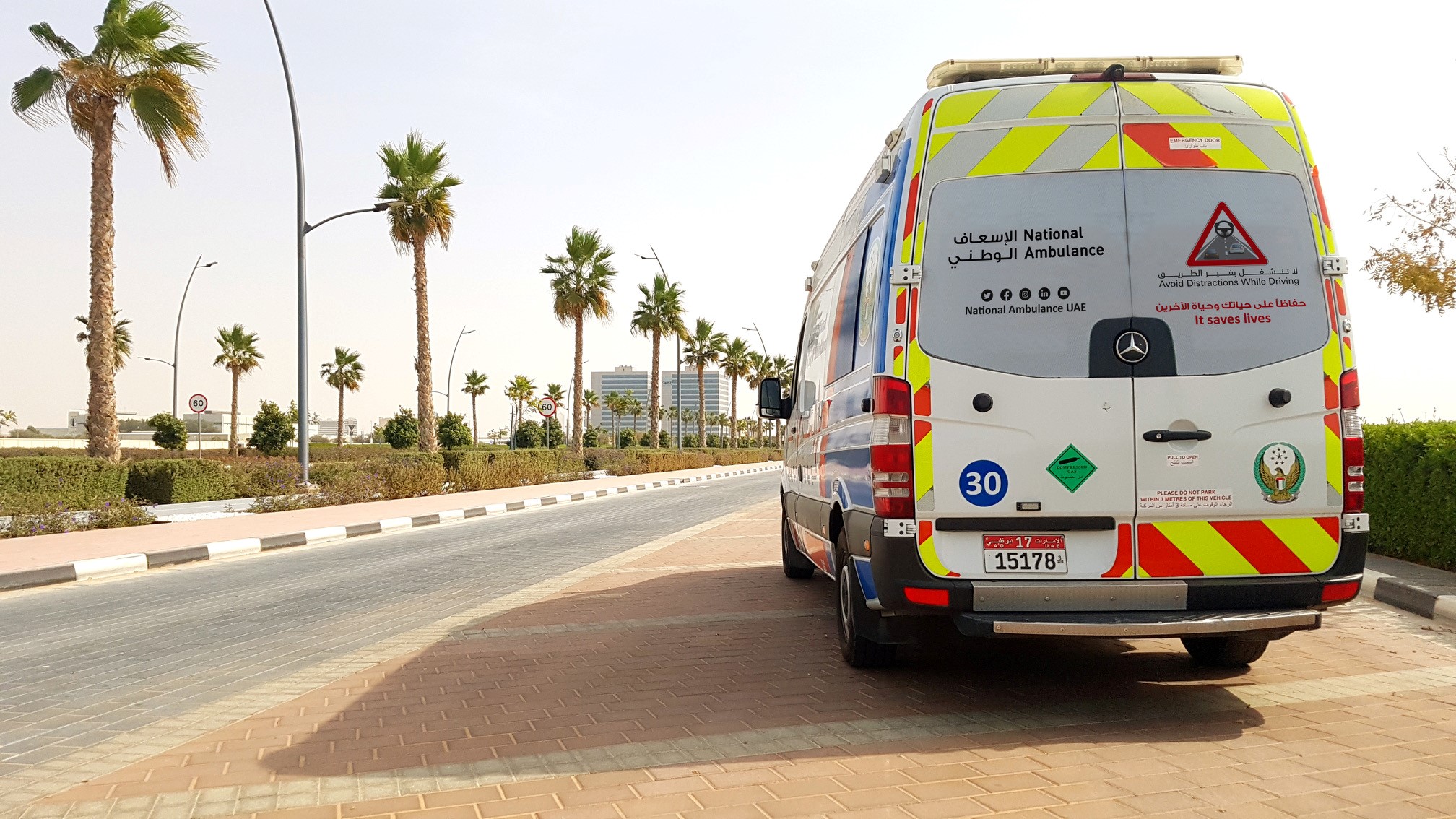 Abu Dhabi, 7 February 2019: National Ambulance kicked off its series of awareness activities to raise public awareness amongst road users about the importance of being alert and staying focused behind the wheel, in line with the first unified traffic campaign of 2019 ‘Avoid Distraction While Driving’ launched by the Ministry of Interior (MOI) and represented by the Federal Traffic Council and the Traffic Coordination Directorate General. The campaign will enhance road safety by targeting the negative behaviour of some drivers in not paying attention to driving safely. Such behaviour causes serious accidents that result in deaths, injuries and financial losses, and are of serious concern to the authorities which are committed to improving road safety.

The campaign will enhance the efforts of the country’s traffic bodies by focusing on the primary causes for distracted driving behaviour like using phones, surfing the web and social media, eating and drinking, applying makeup and arranging clothes and other distractions while driving. These distractions can lead to disastrous consequences that could be easily avoided by paying attention while driving.

Ahmed Al Hajeri, National Ambulance CEO said: “National Ambulance is very proud to support this very important public safety campaign. We will play a full part in supporting the campaign and the achievement of its goals because it will contribute to public safety and help meet the UAE leadership’s goal of reducing fatalities on our roads”,

Al Hajeri continued: “It is very important that we all align our efforts and work together as a team to achieve the objectives of the campaign and embrace an Integration Doctrine, which fulfils the vision of Lt. General HH Sheikh Saif bin Zayed Al Nahyan, Deputy Prime Minister and Minister of Interior.”

“As emergency medical responders to incidents resulting from distracted driving, National Ambulance often witnesses the human cost of this lack of care and attention. Distracted driving has a negative impact on our service and our response times. It is also a danger to road users, including our own crews, and causes unnecessary pressure on our resources.” Al Hajeri added.

National Ambulance’s participation in the campaign involves the launch of an integrated media plan and a series of awareness activities including; campaign material on the exterior of ambulances, videos and call to action messages on social media, articles in the press, broadcast interviews and other media, which will be available in dynamic spots in the Northern Emirates.

Al Hajeri urged road users to drive safely and responsibly as well as adhering to the safety guidelines advocated by the campaign, which will enhance the efficiency of emergency response and contribute to saving more lives.

In Sharjah, a National Ambulance EMT was severely injured whilst responding to a previous car crash incident. At the time of impact she was inside the ambulance, which was parked in the emergency lane of the highway, getting ready to go back to the station after treating the patient on scene. Suddenly, a distracted driver lost control of his car, swerved towards the emergency lane and crashed into the ambulance, ripping the door off the ambulance and severely injuring the EMT. The incident left the medic with multiple trauma, while the driver who caused the accident was unharmed.  In result, she needed many surgical procedures to recover from the incident.

The careless driver not only injured the crew, he put a patient’s life at risk, caused damage to the ambulance and delayed National Ambulance in transporting the patient. In that situation the injured EMT was airlifted to the nearest emergency unit by the MOI Air Wing.

In another example, National Ambulance crews responding to an accident where a young, university student, driver, lost control of her vehicle and crashed into a public office. Thankfully it was a weekend where no one was there, otherwise it could have caused a catastrophe! The reason behind the accident was her studying for an exam while she was behind the wheel.