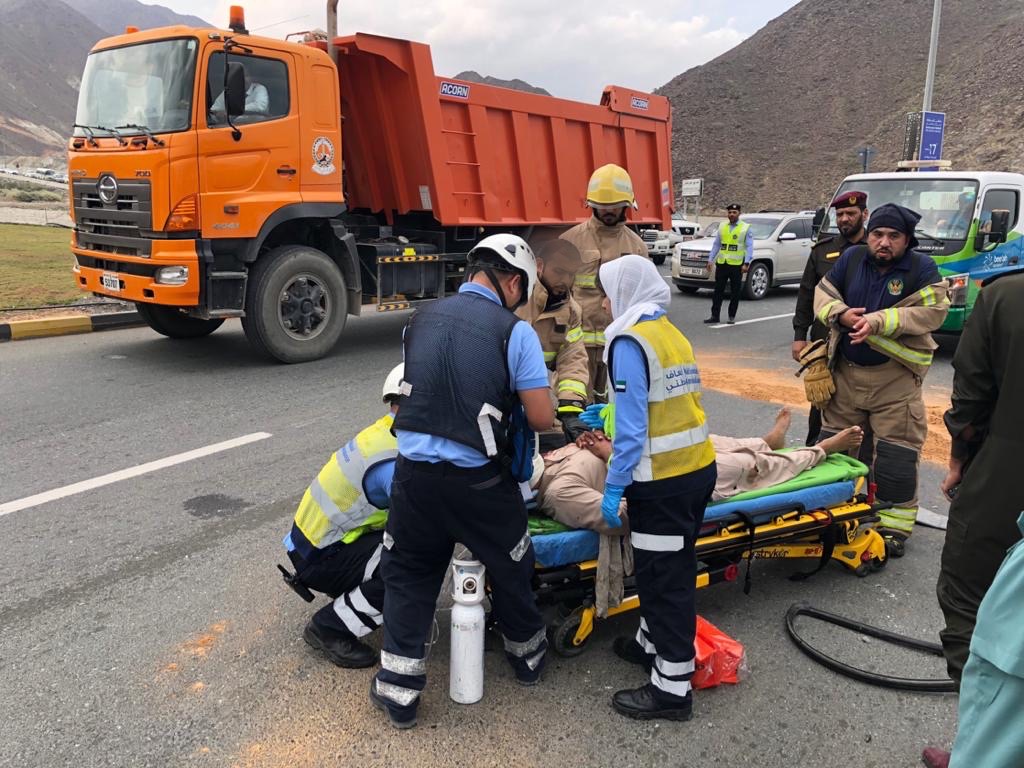 The accident resulted in two injuries one of which was critical and the other moderate with the critical trapped inside the truck.

In detail, National Ambulance Communications Centre (ACC) received a call at 13:12 p.m. yesterday about a collision between a truck and a vehicle resulting in two injured people. Immediately the ACC team dispatched two ambulances and one responder, the first of which arrived on scene within 7 minutes from receiving the call.

The passenger, in moderate condition, was immediately treated on scene and transported to the hospital. The crew had to wait to attend to the driver who was in critical condition but trapped inside the truck. The Civil Defense crew needed to cut away quite a lot of the truck to extricate him after which he was attended to by the National Ambulance team. Both patients were transported to Khorfakkan hospital for further treatment.

National Ambulance urges road users and truck drivers to drive safely within the required speed limit, abide by road rules and keep safe distance between vehicles to ensure that everyone on the road has a safe journey.