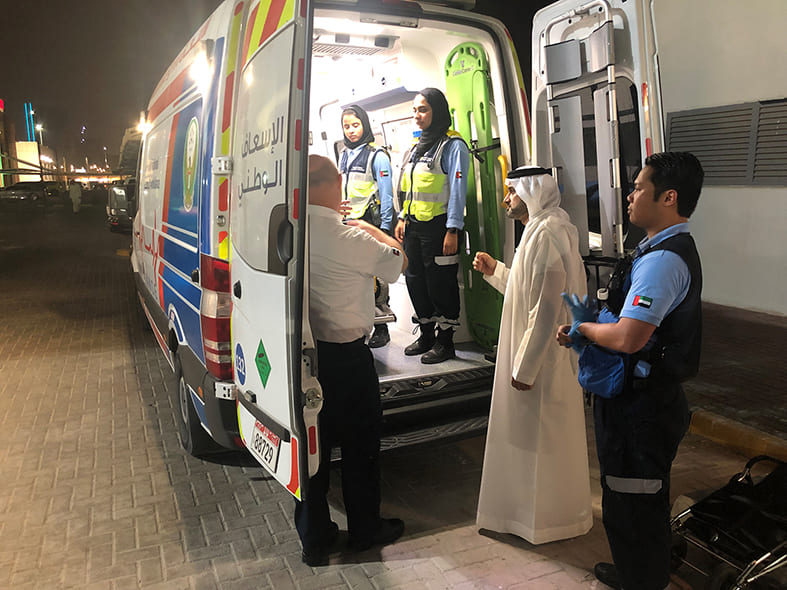 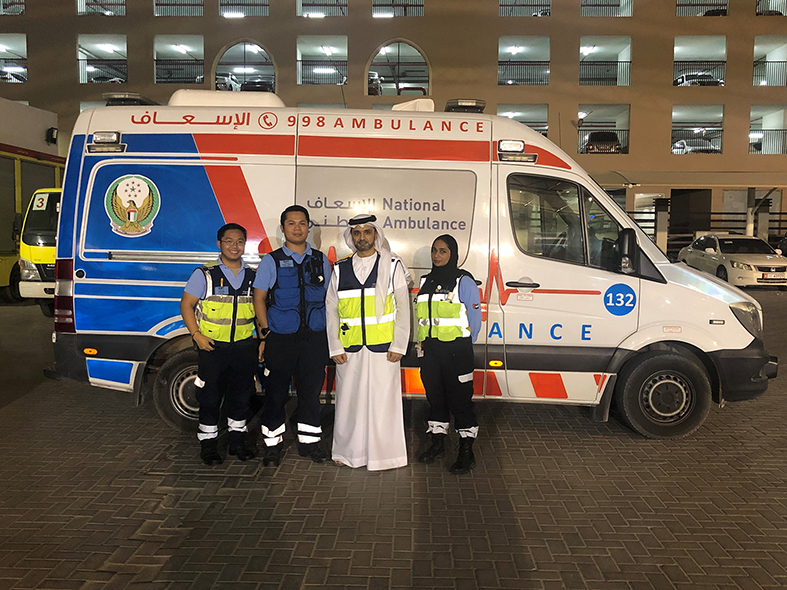 Abu Dhabi, 29 May 2019: National Ambulance confirmed that it has raised its emergency preparedness and taken pre-emptive measures to ensure worshippers’ safety across the Northern Emirates to cope with emergency situations that may occur due to the rising number of worshippers in the last 10 days of Ramadan. This comes as part of an integrated pre-emergency plan to increase resources and deploy crews and ambulances in the surrounding areas of the major mosques, as well as working closely with strategic partners across the emergency sector to ensure public safety and efficient preparedness to respond to potential emergencies that may occur before, during or after  Qiyam al-Layl (midnight prayers) in the last 10 days of Ramadan.

Ahmed Saleh Al Hajeri, CEO of National Ambulance, conducted a number of field visits to inspect emergency preparedness plans and ambulance resources and met with strategic partners, including the Ministry of Health and Prevention’s hospitals and the Ministry of Interior, including Police and Civil Defense, to discuss joint cooperation and coordination mechanisms in collaborative readiness to ensure public safety and efficient response in case of any emergency.

Al Hajeri confirmed that National Ambulance crews and its Ambulance Communications Centre will be on full alert and coordinating with strategic partners to respond to and deal with any emergency incidents that may arise during this holy time, thus ensuring the public receive the most effective assistance possible. He also urged people to reach National Ambulance by calling 998 or using the NA998 App in the event they need an emergency ambulance.

Al Hajeri also appealed to the public to follow safety standards, including getting adequate sleep and rest and drink enough water, especially those who suffer from chronic diseases such as diabetes or high blood pressure. He also warned of the dangers of behaviours that put everyone’s safety at risk, such as worshippers pushing each other after finishing prayers or parking illegally, which blocks the traffic flow around mosques.