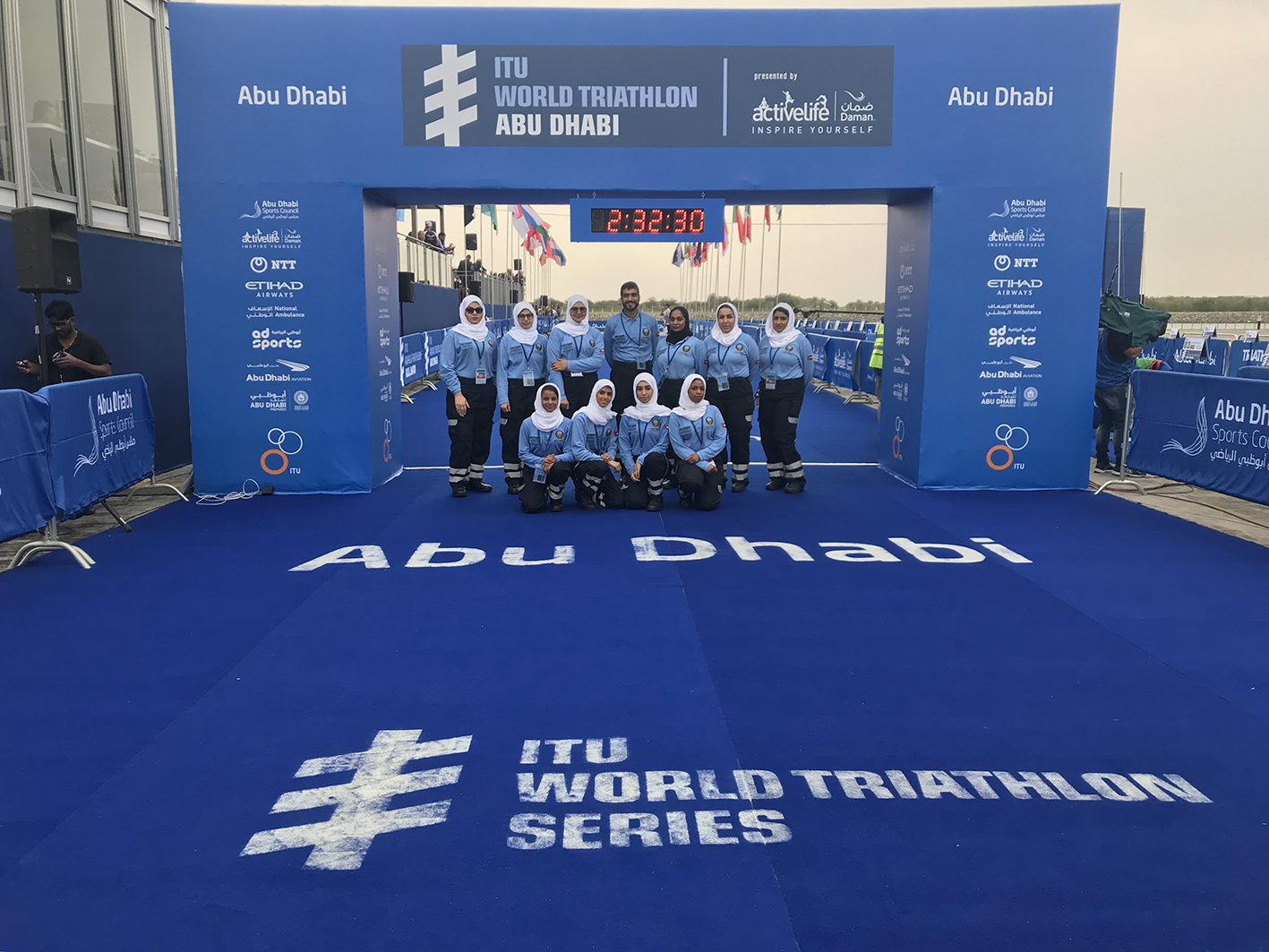 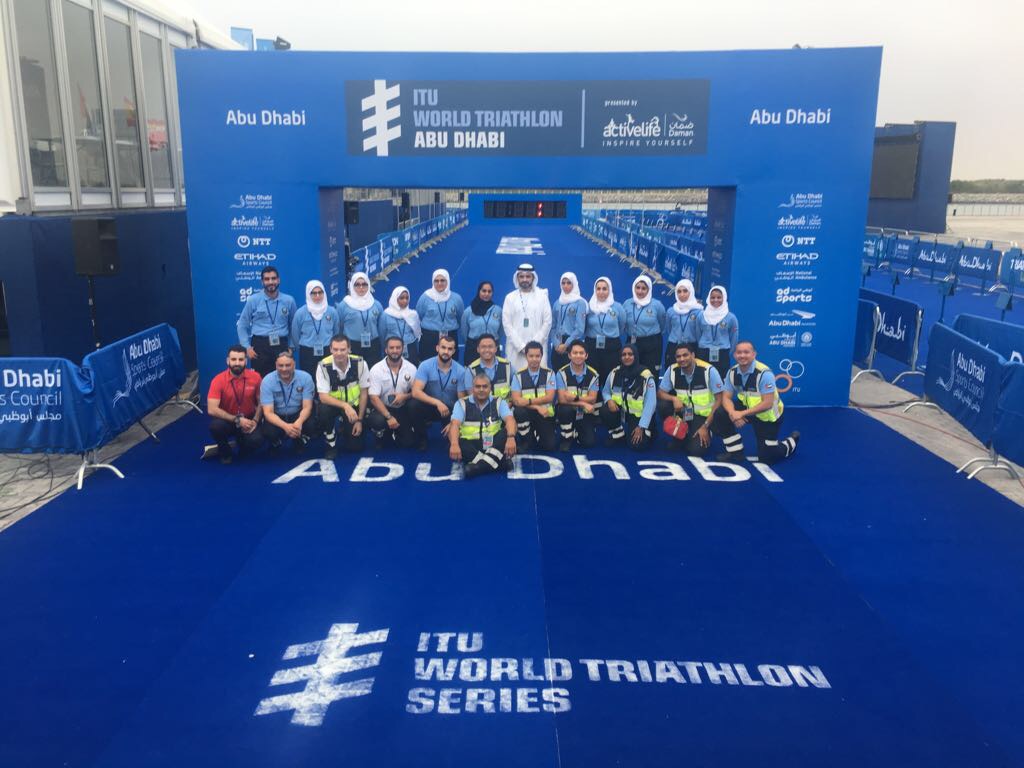 Abu Dhabi, 04 March 2018: Eleven Emirati students on National Ambulance’s Emergency Medical Technician (EMT) programme got their first taste of action attending their first international event, the ITU World Triathlon Abu Dhabi this weekend. During the two-day event which welcomed over 2,500 amateur triathletes and over 100 of the world's best professional triathletes, at Yas Marina Circuit, twelve of the students supported and worked alongside National Ambulance’s team of Paramedics, Doctors and EMTs in ensuring that both athletes and spectators were looked after and cared for.

The EMT students worked onsite alongside the specialised emergency medical team of 31 clinical staff and six ambulances to support thousands of participants and spectators.  The event allowed them to put their skills and knowledge into practice under the close supervision of National Ambulance clinical educators and mentors. The event was a real life opportunity for the students to support by contributing to assessment and noninvasive procedures based on the theory they have already learned in the programme.

National Ambulance Deputy CEO, Ahmed Saleh Al Hajeri, said: "Our students gained valuable practical experience in engaging in a real life pre-hospital environment. They also got an insight into the dynamic role an EMT plays by interacting with medics on the frontline. Such exposure builds their confidence and competence in dealing with the medical emergency situations they will encounter soon after they are employed by National Ambulance. Their commitment was evident in their eagerness to serve, and will be an asset to the community"

Mohammed Ibrahim Habash, EMT Student at the programme, said: "We spent two hands-on days with the team at National Ambulance. It was great to be out in the field for the first time and get the chance to interact with both medics and patients."

Marwa Ahmed Al Amoudi, EMT Student at the programme, said: "So far we have learnt a lot on the programme, but it was very worthwhile to see the action first hand. To interact with medical professionals and the public made me realise how important the role of EMT is to the community."

It is the second consecutive year that National Ambulance provided emergency medical support at the major international sporting event, where more than 2,500 triathletes, including 100 of the world's best elites pushed themselves to the limit as they rode, ran and swam around the UAE's capital.

“We are proud to once again support the ITU World Triathlon Abu Dhabi. Our team have worked carefully to ensure the standards of health and safety match the level of professionalism required of such a prominent event." Robert Ball, CEO of National Ambulance, said.

National Ambulance's EMT programme is being delivered in collaboration with the University of Sharjah. The year-long programme is designed to provide UAE Nationals in the Northern Emirates with the knowledge and skills to pursue careers in emergency health services, and successful graduates are guaranteed employment with National Ambulance.

As part of their training, students are also required to complete several clinical rotations to prepare them for the transition from academic learning to an EMT role working in the field with National Ambulance. These will include ride-alongs on real ambulance calls, placements at public hospitals and working at the National Ambulance Communications Centre.

National Ambulance provides emergency pre-hospital care in the Northern Emirates through the dedicated 998 emergency ambulance number and smart application. National Ambulance also works with government and private clients across the Emirate of Abu Dhabi to support their requirements; ranging from short-term engagements such as public events through a dedicated team to long-term engagements including constant onsite emergency medical support and patient transfer.