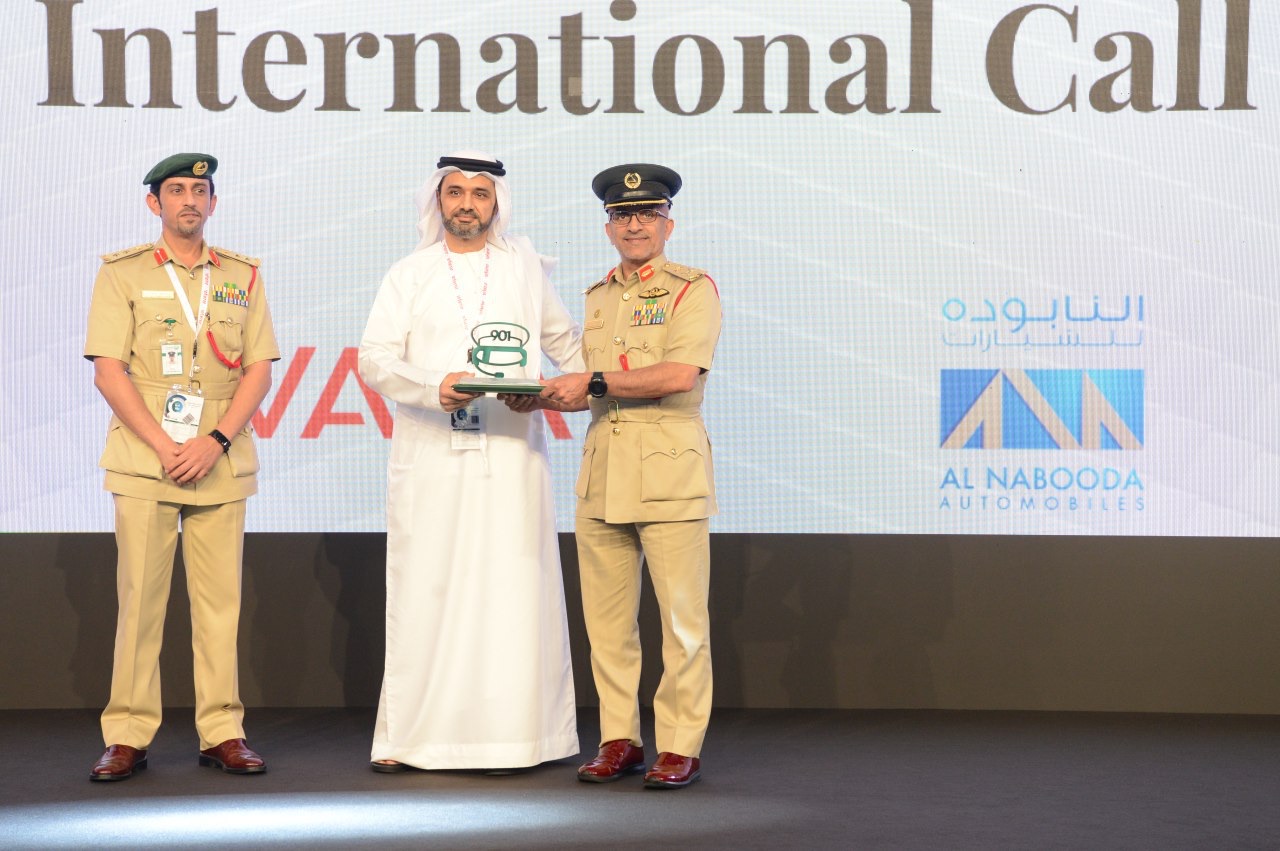 On this occasion, National Ambulance CEO expressed his pride and happiness for receiving the award which represents a new achievement for the team, reflecting National Ambulance’s commitment to excellence in serving the community and continuous development of performance and organisational work based on evidence and data. Al Hajeri added: “We always strive to enhance the service by hiring highly trained staff utilising the latest technology and information systems and data evidence for continual improvement that benefit communities across the UAE and help us achieve excellent customer satisfaction results.

Al Hajeri commended Dubai Police’s efforts in organising the award, which is the first of its kind by police institutions in the world. He also praised the efforts of the National Ambulance team in achieving this award and their continued commitment to achieve the highest standards of excellence and performance to deliver the highest levels of customer satisfaction.

Brigadier Dr. Abdulla Abdulrahman Bin Sultan, Chairman of the Organising Committee of the Award and General Director of Future Foresight and Decision Making Support Center at Dubai Police, pointed out that the level of participation and competition reflected the prestigious position and reputation held by the UAE globally, and that the award created a competitive environment for excellence amongst the participants from all over the world. He added that the award was founded to promote excellence and pioneering work, sustainable development and enhancement of organisational systems, in which all are reflected in the services provided to customers and satisfaction levels.

On National Ambulance's award he added that their success was based upon a measurement methodology that reflects overall and comprehensive performance according to standard comparisons and the evaluation of international specialists. He also expressed his pride in the achievement of other national oranisations in winning awards in the face of strong international competition.

The selection of the winning call centers was followed by a clear and specific measurement methodology, quantitative and qualitative criteria and questionnaires, and personal interviews, all of which were subject to special assessment by international experts.  The award, launched last May, is the first of its kind at the level of police institutions in the world. The three award categories were: the best police call center, the best public call center, and the best call center in private and semi-private institutions.