Smart initiative to support 998 in the Northern Emirates 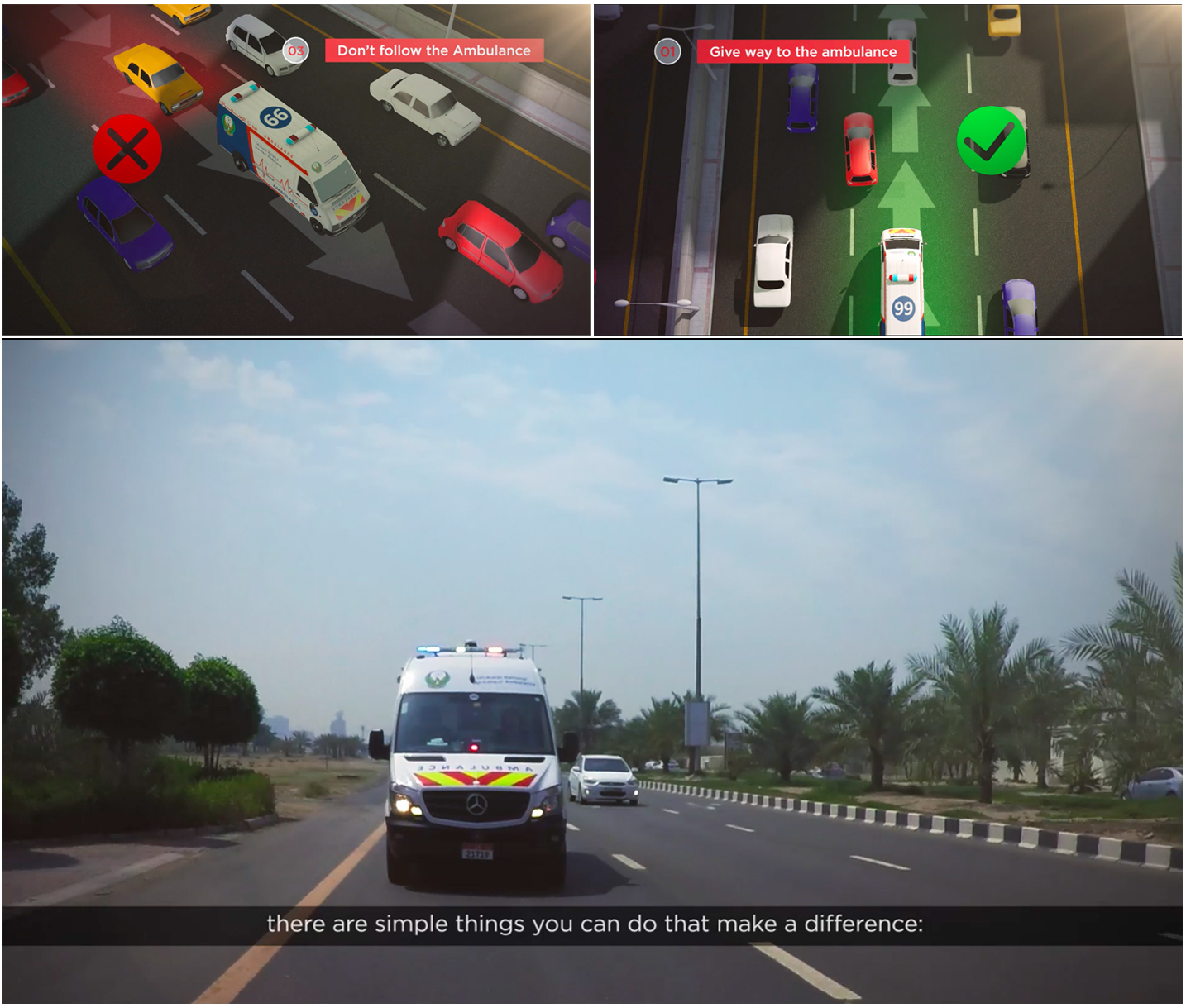 Abu Dhabi, 8 October 2016: National Ambulance yesterday launched the first in a series of videos aimed at raising public awareness on the most effective way to use the emergency ambulance service. Over the next month, three videos will be posted on social platforms to help inform people about how to minimize delays and maximise the benefits National Ambulance provides.

The first video focuses on the role road users can play in ensuring their behaviour does not hinder an ambulance at a motor vehicle accident. This includes: getting out of the way of an ambulance, not rubbernecking when passing an accident scene, not following an ambulance to get out of traffic and not using the hard shoulder. This film can be seen here.

The two other videos to be posted this month will cover the responsible use of the 998 number and App and what callers need to know about dealing with an emergency situation. The educational videos will also be shown before films at Vox Cinemas in November.

Al Hajeri added: "The three videos contain very practical tips on actions everybody and anybody should take. I would urge everyone in the community to watch the films and be prepared to act when needed."

As well as using the 998 emergency ambulance call number when encountering an emergency, people in the Northern Emirates can directly contact National Ambulance Communications Centre through the NA 998 App. At the touch of a button, people can request emergency ambulance, with the request going straight to National Ambulance’s Communications Centre. Trained staff are able to respond and dispatch an ambulance directly to the scene through GPS tracking. The App is available for IOS, Android, Windows and Blackberry and can be downloaded via Apple App Store, Google Play, BlackBerry World and Windows stores.