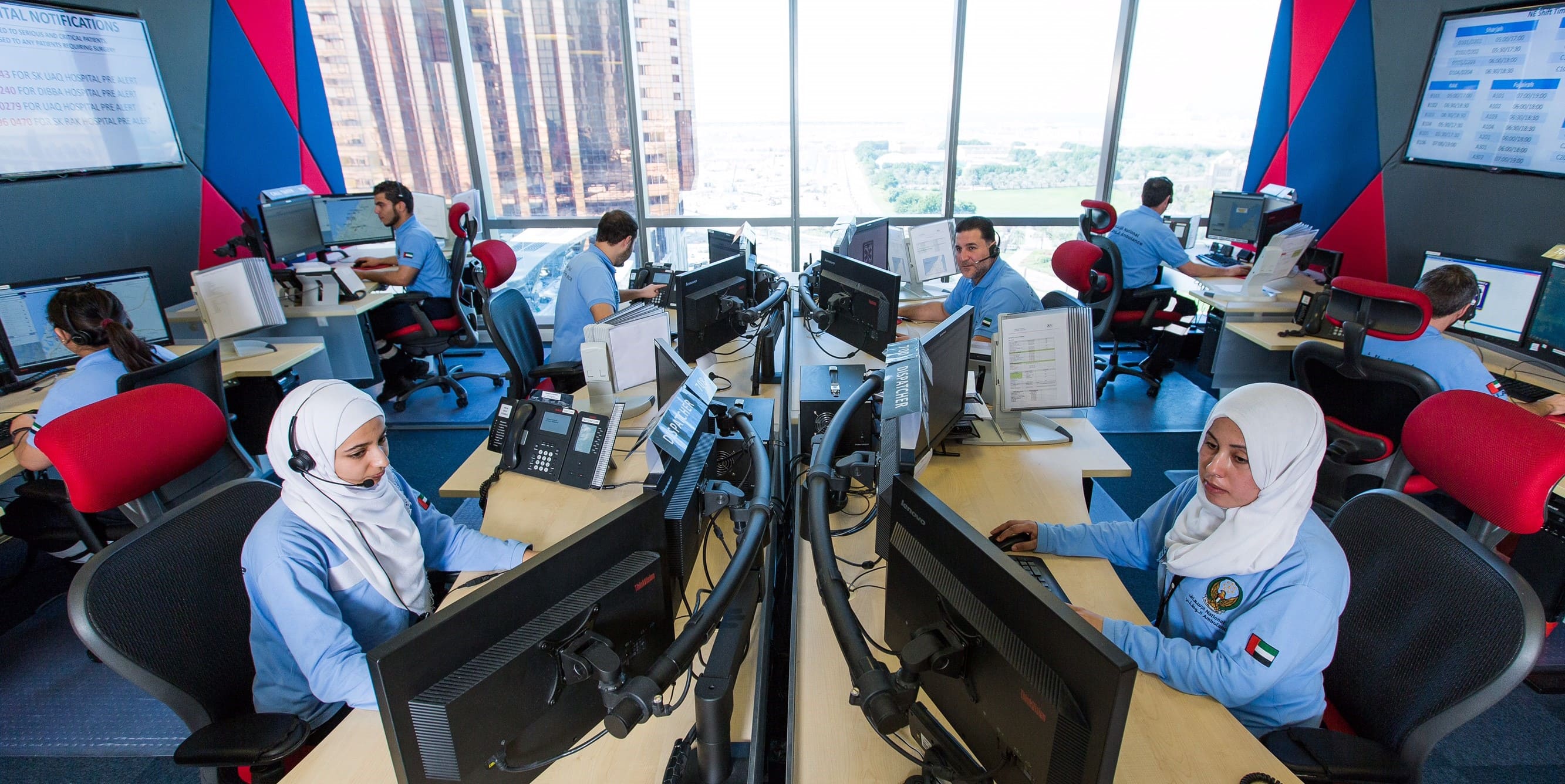 Abu Dhabi, 13 July 2016: Figures released today by National Ambulance show a rise in demand for its services in the Northern Emirates during Ramadan and Eid, particularly in the hour leading up to Iftar and the period of Taraweeh prayers onwards. During the Holy Month and Eid 6,329 calls were made to our Ambulance Communications Centre, of which 4,266 required an activation of emergency resources. While the total number of calls was consistent with normal monthly numbers, activity peaked both before and after Iftar with a rise of 33% in the volume of attended motor vehicle accidents (MVAs) between 6 and 7pm and a 41% rise between 9pm and 12am compared to the same time periods in other months of the year.

The most significant factor in the number of incidents that required emergency ambulance attendance during Ramadan and Eid was for MVAs. In total, National Ambulance responded to patients of 1,094 MVAs, of which 134 were during the Eid holiday. The three other reasons for responding during the Holy Month were: unconsciousness including diabetes cases, sickness and abdominal pain.

Deputy CEO, National Ambulance, Ahmed Saleh Al Hajeri said, “National Ambulance is proud to work on the front-line serving the community across the Northern Emirates. As our figures illustrate, Ramadan places additional pressure on our resources. In particular activity in the hour leading to Iftar and the period of Taraweeh prayers onwards, required us to strategically manage resources to accommodate this peak in demand. Collecting data, such as during Ramadan, allows us to manage our resources effectively, and ensure we are always prepared to respond to what is required of us, enabling people to go about their lives safe in the knowledge that we are there to help, whenever required.”

As well as responding to this increase in activity, National Ambulance also undertook an awareness campaign in the community throughout the month. This campaign included advice to people promoting wellbeing during Ramadan. These messages were delivered through social media and in person by our teams attending meetings in the community.  Al Hajeri added, “I want to thank all the staff at National Ambulance for their professional approach at a time of high demand. Much of the advice we issue during Ramadan is also good advice for the rest of the year. We encourage safe driving on our roads and the adoption of a healthy life style. ”

The National Ambulance 998 App, which was only launched in May this year, was used on several occasions during Ramadan. The 998 App allows residents in the Northern Emirates to request an ambulance in an emergency.  By registering through the 998 App, residents can request emergency ambulance at the touch of a button. The request goes immediately to National Ambulance’s Communications Centre, where highly trained staff are able to respond and dispatch an ambulance directly to the scene through GPS tracking.  The App is available for Android, IOS, Windows and Blackberry and downloaded via Apple App Store, Google Play and Windows store.