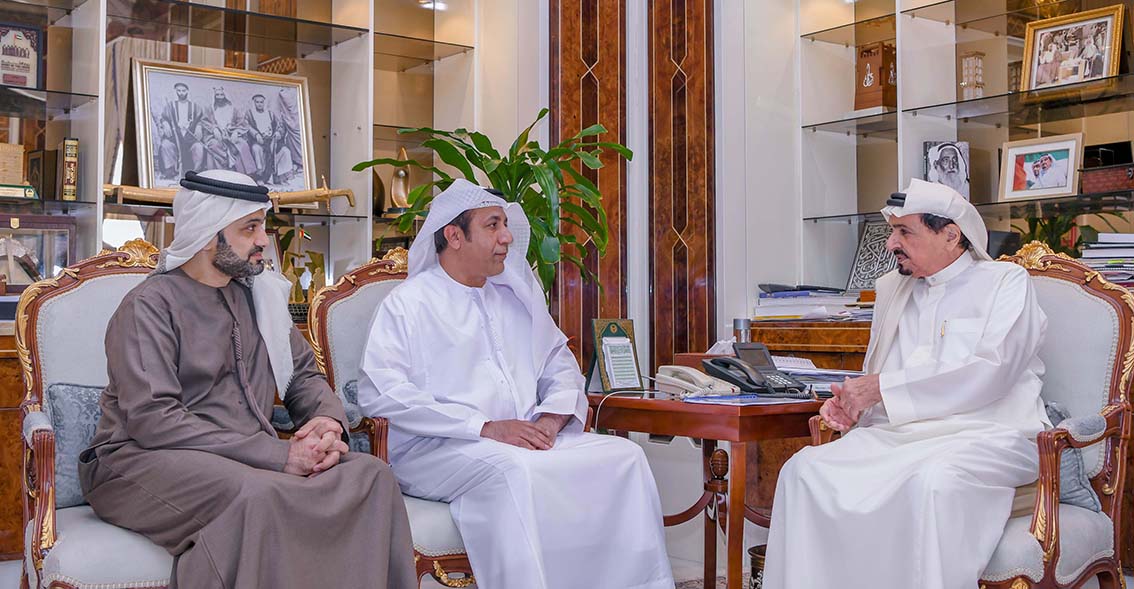 H.H. Sheikh Humaid expressed his pride in Emiratis working at National Ambulance, which is a result of the enduring support of the Wise Leadership in encouraging them to work across the service sector. He also commended Emirati youth’s keenness in giving back to their country and making a difference in their communities by serving in the field in vital sectors.

He said that a significant role lies on the shoulders of the Emirati youth in serving the nation, and called on them to volunteer and work in the service of the community and provide help and support to those in need of emergency medical care and to alleviate the pain of the sick and injured.

H.H. Sheikh Humaid commended the efforts behind the success of the Emirati EMT Programme, which is considered a pioneering model, in training and preparing Emirati youth to provide distinguished and high level emergency medical care. He also valued National Ambulance’s efforts and its crews’ professionalism in providing emergency ambulance services.

H.H. Sheikh Humaid, received from National Ambulance officials a comprehensive overview about the programme and its objectives, as well as the overall work mechanism and its contribution towards the enhancement of the emergency medical service sector in line with the highest international standards and practices to ensure rapid response and people’s safety in emergency situations. He was also briefed on National Ambulance’s plans, programmes and projects across the UAE in general and Ajman in particular.

Both the Emirati EMTs and National Ambulance officials expressed joy at meeting the Ajman Ruler and his Crown Prince. They praised their Highnesses support towards the health sector and the achievement of a comprehensive healthcare system in line with international standards enhancing the sector’s competitiveness and sustainability. The EMTs expressed their pride in serving their society and country through this profession.

The academic programme, which so far graduated two cohorts, is in line with the UAE government’s Emiritisation plans by training and preparing local people to serve on the frontline in support of the community, providing UAE Nationals with the knowledge and skills to pursue careers in the vital medical emergency care. Those who successfully complete the programme receive a professional qualification in pre-hospital care and guaranteed offer of a job as an EMT at National Ambulance.

The year-long programme is currently running its third cohort who commenced in September last year and is expected to graduate in June this year and join National Ambulance to serve their communities across the Northern Emirates.