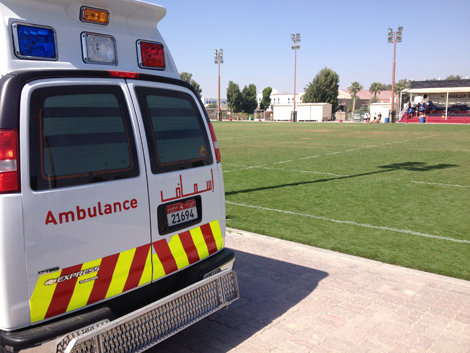 Sharjah, 28 March 2013: National provided standby coverage with three emergency medical staff for the Men’s competition of Sharjah Rugby Tournament Series attended by over 550 people from around the GCC countries. The intense 10-hour competition, which took place on the 22nd of March this year, was a tremendous success with minor casualties attended to and transferred immediately by National Ambulance's qualified staff. The outstanding medical coverage was praised by a tournament organiser who said that National Ambulance is the first to have provided such “immediate and effective pain relief”.

National Ambulance also provided coverage for the previous series of the Sharjah Tournament this month; Women’s Competition and Junior Competition. These events were attended by over 1000 supporters for each game.