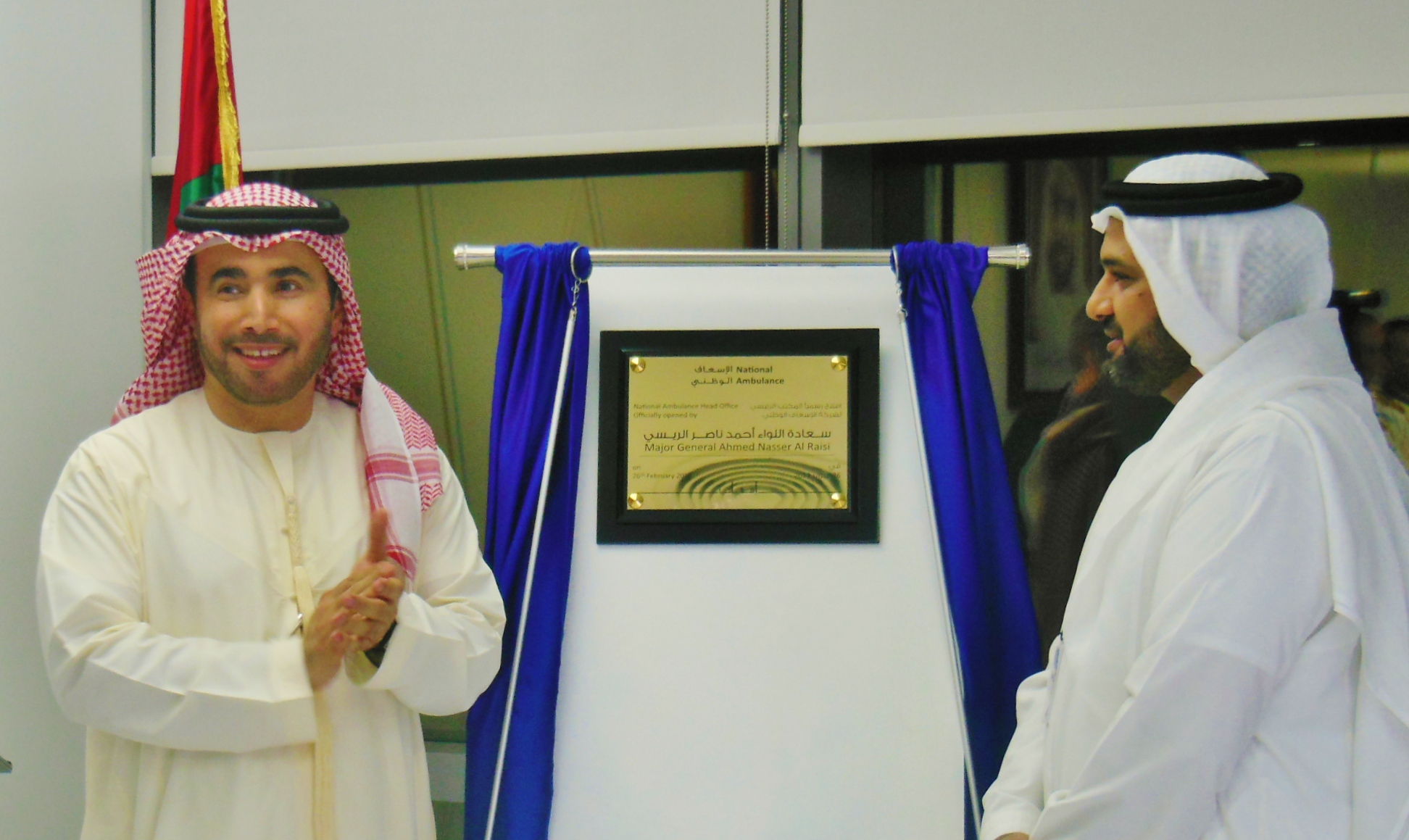 Abu Dhabi, 27 February 2013: Though operations at the new head office in Abu Dhabi commenced at the beginning of November 2012, National Ambulance held an official inaugural ceremony on the 26th of February, 2013. Major General Ahmed Nasser Al Raisi unveiled a plaque officially opening the National Ambulance head office. The ceremony was attended by all head office staff, as well as a number of paramedics and medical technicians off duty.

In his speech, Major General Al Raisi said: “Commitment and contribution in ensuring the top emergency care are provided by our staff is impressive. They really give me hope for the future of this organisation. There is still a long way to go but one day, with everyone’s support, we will fulfil our vision”. “National Ambulance is close to my heart as it is a humanitarian project which blends in excellence, experience, accessibility and compassion of the medical staff to give the residents of the nation the service they can trust”. He said.