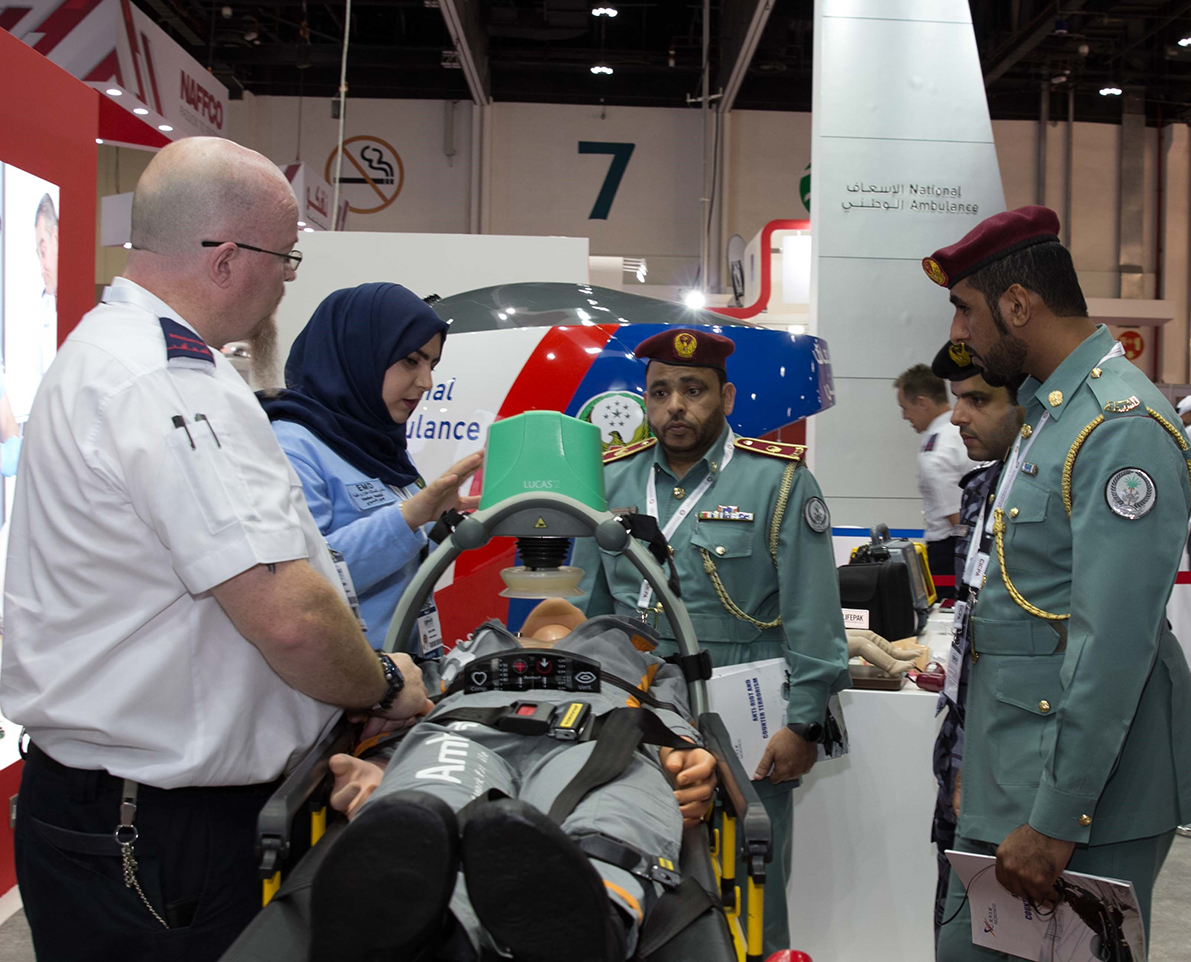 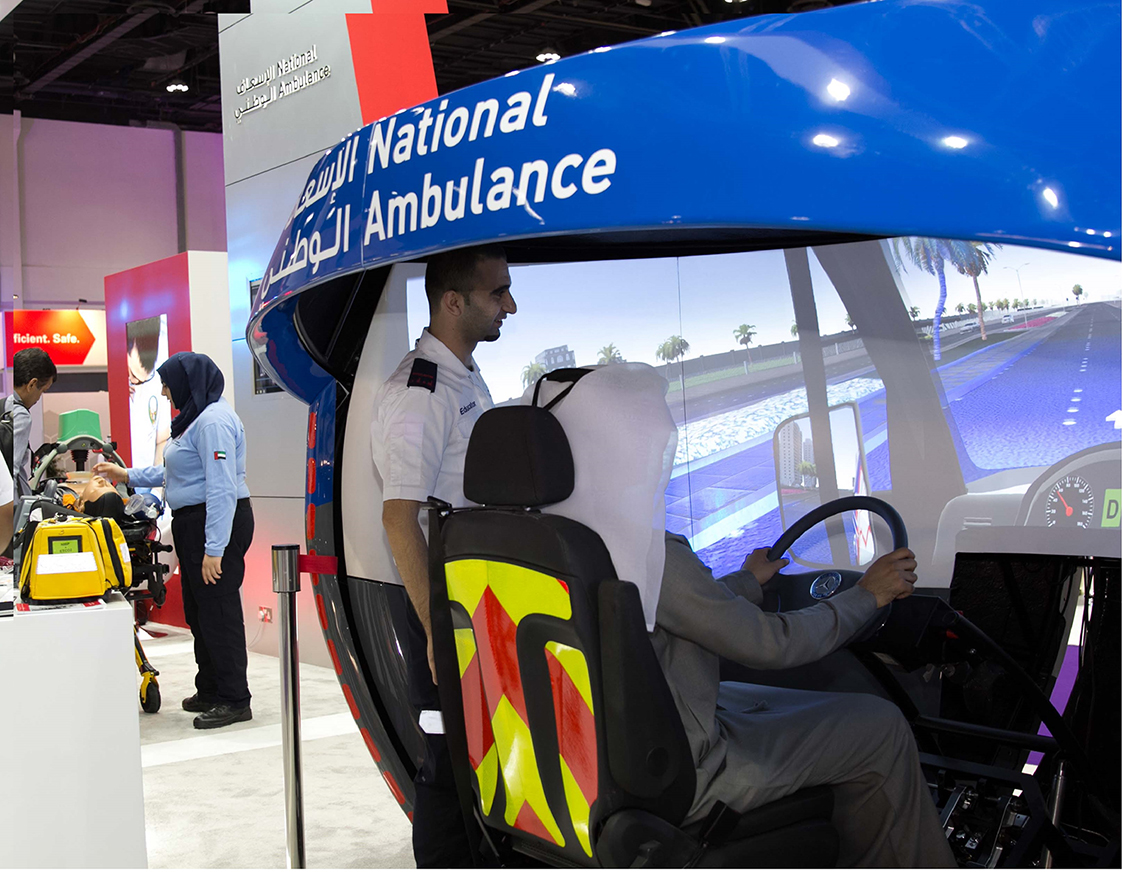 Abu Dhabi, 15 March 2016: As part of its participation in the International Exhibition for National Security and Resilience (ISNR), National Ambulance is providing visitors to its stand with an experience of what it is like to ride in an emergency vehicle. The ambulance simulator will be just one of many opportunities for people to learn how National Ambulance’s highly skilled team contributes to public safety in the UAE.

ISNR 2016 is held under the patronage of HH Sheikh Hazza bin Zayed Al Nahyan, Deputy Chairman of Abu Dhabi Executive Council and organised by the UAE Ministry of Interior is the Gulf region’s foremost platform dedicated to homeland security, safety and national resilience.

Commenting on National Ambulance’s participation, Deputy CEO, Ahmed Saleh Al Hajeri, said: “ISNR provides an important platform to display the UAE’s readiness to effectively respond to emergencies. At National Ambulance we are proud to be part of the united effort to protect and serve the community as times of greatest need.”

Visitors to National Ambulance’s stand at EmDi will be able to experience what it is like to respond to emergencies through an ambulance simulator. The hands-on theme is continued with visitors able to explore inside one of its modern fleet of vehicles, as well as a display of the latest technology and modern emergency medical equipment. In addition, educators from National Ambulance will provide demonstrations of critical emergency health scenarios, including cardiac arrest and brain trauma.

A team of Emergency Medical Technicians (EMTs) from National Ambulance will also be demonstrating what it takes to respond to emergencies at the outside Emergency Response, Disaster Prevention and Rescue display area. The equipment used by National Ambulance’s incident response managers for major emergencies will be on display. This includes an incident response vehicle, which has enough equipment to go to the scene of any major emergency and act as command point for establishing triage systems and managing major incident systems and processes.

Al Hajeri added: “This year at ISNR our team of dedicated clinical care professionals will provide a hands-on display of the skills, as well as the modern equipment, which enable National Ambulance to deliver high quality pre-hospital emergency care in the UAE. We operate to the highest local and international standards, so this global event is a perfect opportunity to demonstrate our capabilities.”

Now in its seventh year, ISNR will run from 15-17 March 2016 at ADNEC in Abu Dhabi, hosting over 500 exhibiting companies from 40 countries, 18,000 local and regional visitors and over 200 government buyers and delegation members. National Ambulance’s stand number is 7200 and can be located at hall number 7.