Almost 90,000 number of calls received from the community 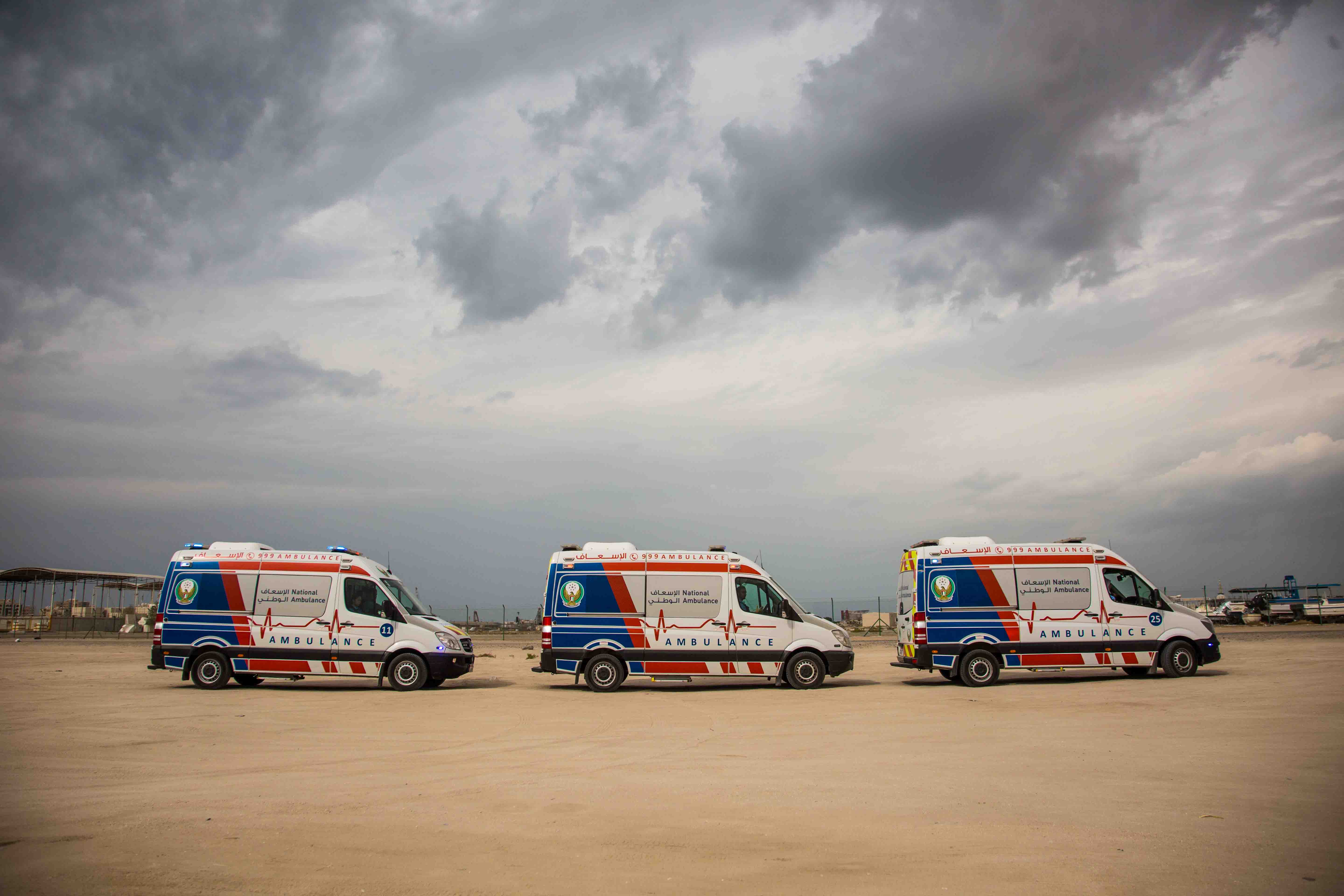 During the first two years of operations, National Ambulance has reduced the average response time across the service in the Northern Emirates by 51 per cent. In February 2014, when operations commenced, the average response time was 18 minutes 12 seconds, which is now down to 8 minutes 56 seconds. The response rate of reaching 90 per cent of calls within eight minutes compares favourably with leading ambulance services in other countries. For example, in the UK, they reach 75 per cent of their calls within eight minutes. 75 per cent of all calls are now received via the dedicated 998 emergency ambulance number.

Ahmed Saleh Al Hajeri, Deputy CEO of National Ambulance said: “In just two short years National Ambulance has risen to the challenge we were given to improve emergency pre-hospital care in the Northern Emirates. We have expanded our service provision to ensure the community receives the highest level of patient care at the times when it is needed most; attaining the challenges standards we have set ourselves, and in doing so, adding value to the community.”

Commenting further, Al Hajeri said: “The activation of the dedicated 998 ambulance number and our participation in vital emergency response exercises, alongside our partners in the public emergency services, has established National Ambulance as a key contributor to public safety.” In 2015 National Ambulance mobilised staff and resources for a total number of 33 Mass Casualty Incident drill days, with our biggest exercise being the NCEMA National MCI drill held in Fujairah in April where 20 ambulances and 100 staff were deployed.

“The activation of the 998 emergency ambulance number has also had a significant effect on our response efficiency,” Al Hajeri added. “While there has been an increase in the number of calls we receive, now the community is able to contact National Ambulance directly, we can manage our response deployment much more effectively and efficiently. Over 75% of the calls we now receive come via 998 and we expect this number to increase over the next 12 months.”

The success of National Ambulance is also reflected in the positive support received by the community. “Our feedback email is consistently full of expressions of thanks and gratitude from not only the individuals themselves, but also family and friends of the patient.” Al Hajeri said.

Reflecting on the variety of incidents National Ambulance staff have encountered in the last two years, Al Hajeri commented: “From the baby we saved after it was born trapped inside the amniotic sac to responding to heart attacks and road trauma incidents; National Ambulance has been there when people needed us most.”

As part of an ongoing approach to increase engagement with the local community, National Ambulance will launch a variety of initiatives designed to increase communication with citizens and residents of the five emirates, including community outreach via social media and other mediums that will occur from this April.