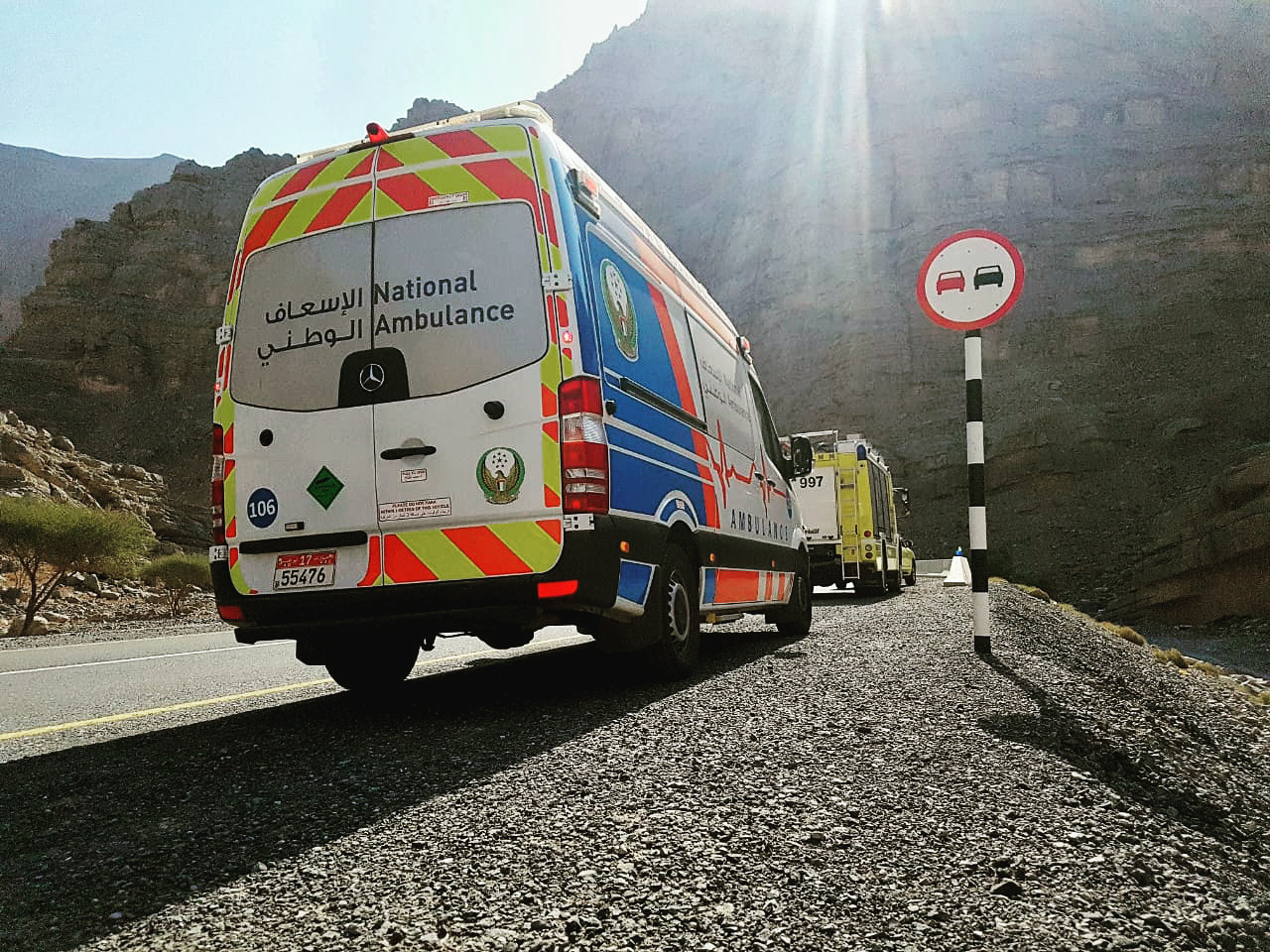 The accident resulted in five injuries, two of which were critical with one trapped inside his vehicle. Civil Defense extricated him from inside the vehicle after which he was attended to by the National Ambulance team. All patients were treated on scene and then transported by four ambulances to Saqr hospital for further treatment.

National Ambulance urges road users to drive safely within the required speed limit, abide by road rules and keep safe distance between vehicles to ensure that everyone on the road has a safe journey.